Taliban Government: The Most Wanted Cabinet and New Cold-War 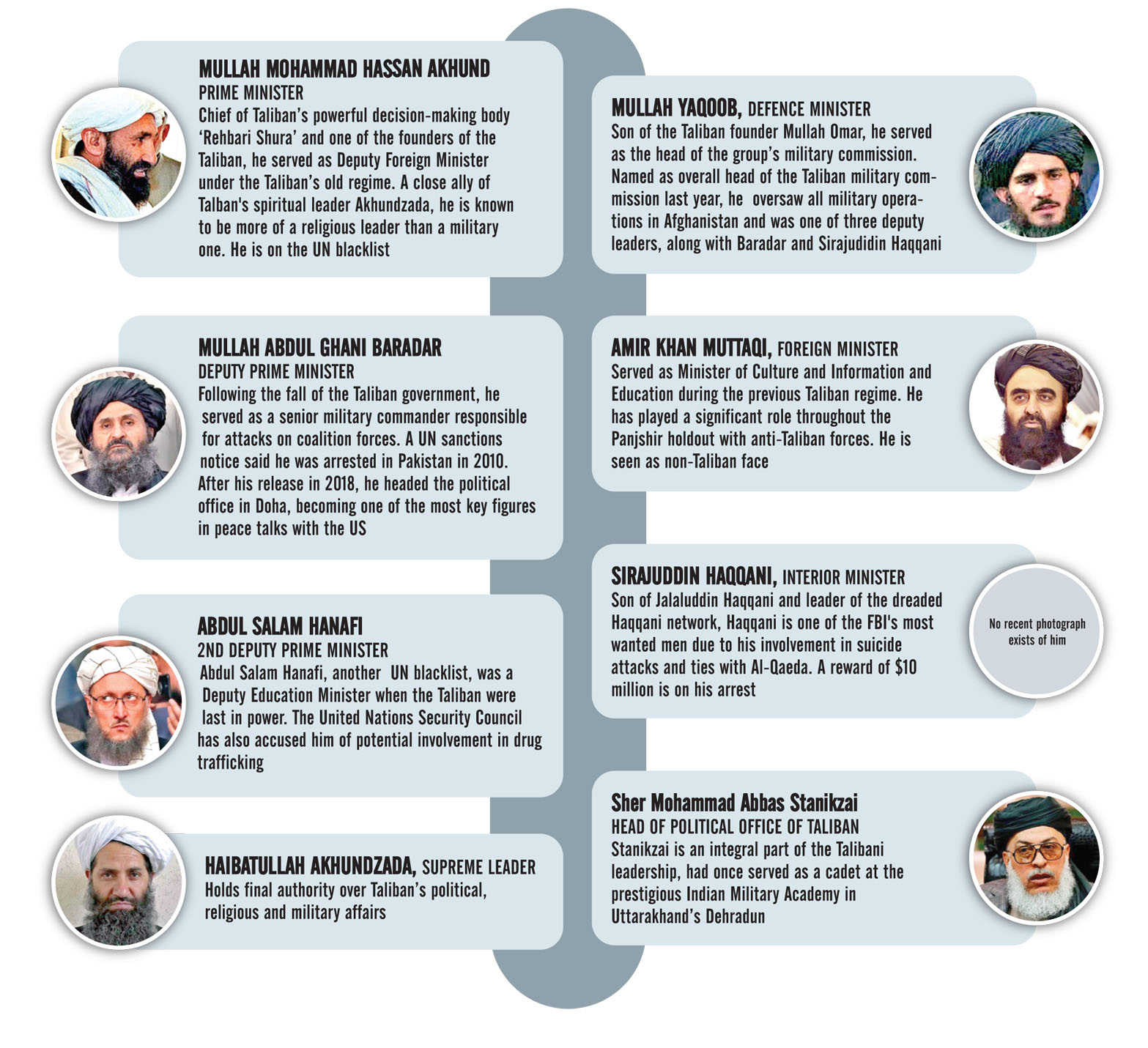 Declaring the country an “Islamic Emirate”, the Taliban recently announced an interim government in war-ravaged Afghanistan. Mullah Mohammad Hasan Akhund, one of the movement's founders, will lead the new regime.

Besides the obvious imprint of the Pakistan supported Haqqani Terror Network and blatant display of Jihadi mindset by incorporating seventeen globally wanted terrorists, omission of the Ministry of Women from the new government and replacing it with the Ministry of Promotion of Virtue and Prevention of Vice. This is the most striking feature, which many have ignored.

The Most Wanted Cabinet

“We know the people of our country have been waiting for a new government," spokesperson Zabihullah Mujahid said at a well-attended press conference.

Even before the withdrawal of United States (US) forces, the Taliban seized control of most of the country for about three weeks now, having ousted the elected leadership under President Ashraf Ghani, who had fled the country.

Deputy Prime Minister will be  Mullah Abdul Ghani Baradar, who perhaps missed the 'leadership' because of Pakistani interference. Mohammed Omar, the first leader of the Taliban, had nicknamed him 'Baradar', which means ‘brother’. He held senior positions in the Taliban during their rule from 1996 to 2001. After the Taliban Government fell to the US-led invasion in 2001, Baradar rose to lead the organisation's Quetta Shura in Pakistan. He was imprisoned by Pakistan in 2010, allegedly because he had been discussing a peace deal with the Afghan government secretly, without the involvement of Pakistan. He was released in 2018 at the request of the United States.

The new Interior minister for Afghanistan will be FBI-wanted leader Sirajuddin Haqqani of the Haqqani network. This group is affiliated with the Taliban, and Sirajuddin is also described as the 'deputy leader' of the Taliban.

The US has designated the Haqqani network a foreign terrorist organisation. Sirajuddin Haqqani is 'wanted' by US agencies for questioning in connection with the January 2008 attack on a hotel in Kabul, Afghanistan, that killed six people.

"He is believed to have coordinated and participated in cross-border attacks against United States and coalition forces in Afghanistan. Haqqani was allegedly involved in the planning of the assassination attempt on Afghan President Hamid Karzai in 2008," an FBI note says.

Setback for the US

Experts believe that the nomination of FBI wanted criminal Sirajuddin Haqqani, as the Interior Minister of the caretaker, the government of Afghanistan is a 'tight slap' in the face of the US.

Seth G Jones, a senior vice-president of a Washington-based think tank, has said that the new Afghan Interior Minister is the leader of the proscribed Haqqani network and has been on the FBI wanted list for a long time Sputnik reported.

“Haqqani was well known to the US military and intelligence community, he escaped several attempts to target him. He is a wily and dangerous enemy with American blood on his hands,” Jones claimed.

The developments came when the US is remembering the 9/11 attack on the twin towers that killed thousands  of Americans.

According to the database, the man is believed to have coordinated and participated in cross-border attacks against US and coalition forces in Afghanistan, Author Jones said in the Wall Street Journal.

Sirajuddin Haqqani became wanted by the FBI after the January 2008 attack on a hotel in Kabul that killed six people, including an American citizen.

The Taliban appointed several hardliners in its new government who oversaw the 20-year fight against the US-led military coalition.

The United States is now getting the taste of an increasing blow-back for pursuing bad policies over decades, perhaps at the global stage for American leadership, it all started about three decades back. 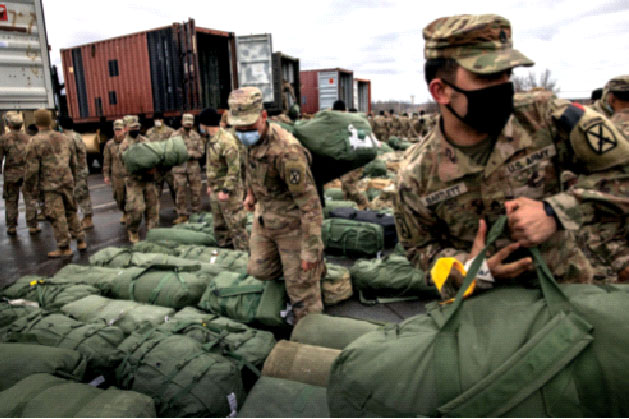 Beginning of the American Decline?

Joe Biden was perhaps never interested in being called a global leader who oversaw nation-building in Afghanistan. Biden has only played his role as a 'good American President. Time will judge this! Now, look at how the United States has lost global respect.

In March 2020, a tiny country, Norway, asked students of the Norwegian University of Science and Technology to return home and counselled: “This applies especially if you are staying in a country with poorly developed health services and infrastructure, for example, the USA.”

It did not have faith in Americans; it did not bother that it was playing with the reputation of a superpower.

Thus, the ‘decline’ in the US position globally as a world leader started long before the Taliban' win' in Afghanistan in August 2021.

This also shows in today's world, you cannot be a superpower simply because of military strength.

The Afghanistan debacle has done extreme damage to drive home the point that it is high time for the international community to understand that enough is enough. The US is perhaps no longer the real 'leader' of the 'free world' unlike the past.

Perhaps at the global stage for American leadership, it all started about three decades back. The US leadership had misjudged the role of a ‘global leader’ or a ‘superpower’, especially after the disintegration of the Soviet Union.

In the name of promoting democracy and so-called nation-building, they promoted wars, frightful sanctions and pushed some countries to face its bullying tactics.

One remembers the days when Bill Clinton got embroiled in his running rows over Monica Lewinsky. There came a time when Russian Duma (Parliament) in December 1998 considered a motion appealing to Lewinsky to help halt the American attack on Iraq. Russian lawmaker Alexander Filatov had moved a motion: “The Duma appeals to Ms Lewinsky to undertake corresponding measures to restrain the emotions of Bill Clinton.”

To cut a long story short, the whims and fancies of leadership and US Presidents often decided  the global fate.

Biden worked as Vice-President under Barack Obama, and the duo created conditions that brought miseries to numerous nations, especially across North Africa and the West Asia.

However, in 2021 as President of the US, he might have followed an incorrect road map, but the real goal was never off-the-target.

The war in Afghanistan was frankly not going anywhere, and thus Joe Biden has acted decisively in ‘halting’ that so-called war.

Biden and his administration have pushed the line that Afghanistan's nation building' was not its real job. Hence, Washington’s actions were guided by its sole purpose, the ‘national interest’. This school of thought believes so-called ego and prestige issues are not necessarily 'national interest'.

Moreover, the 'Biden blunder' notion might be mostly seen from the prism of Asian players and countries such as Russia. For Biden, what bothered is 'quick withdrawal' as it could save huge investments and precious American lives.

The US lost 2,461 service members, including 13 at the Kabul airport. It also spent more than two trillion dollars on warfare that seemed never heading towards an end and dragged on. 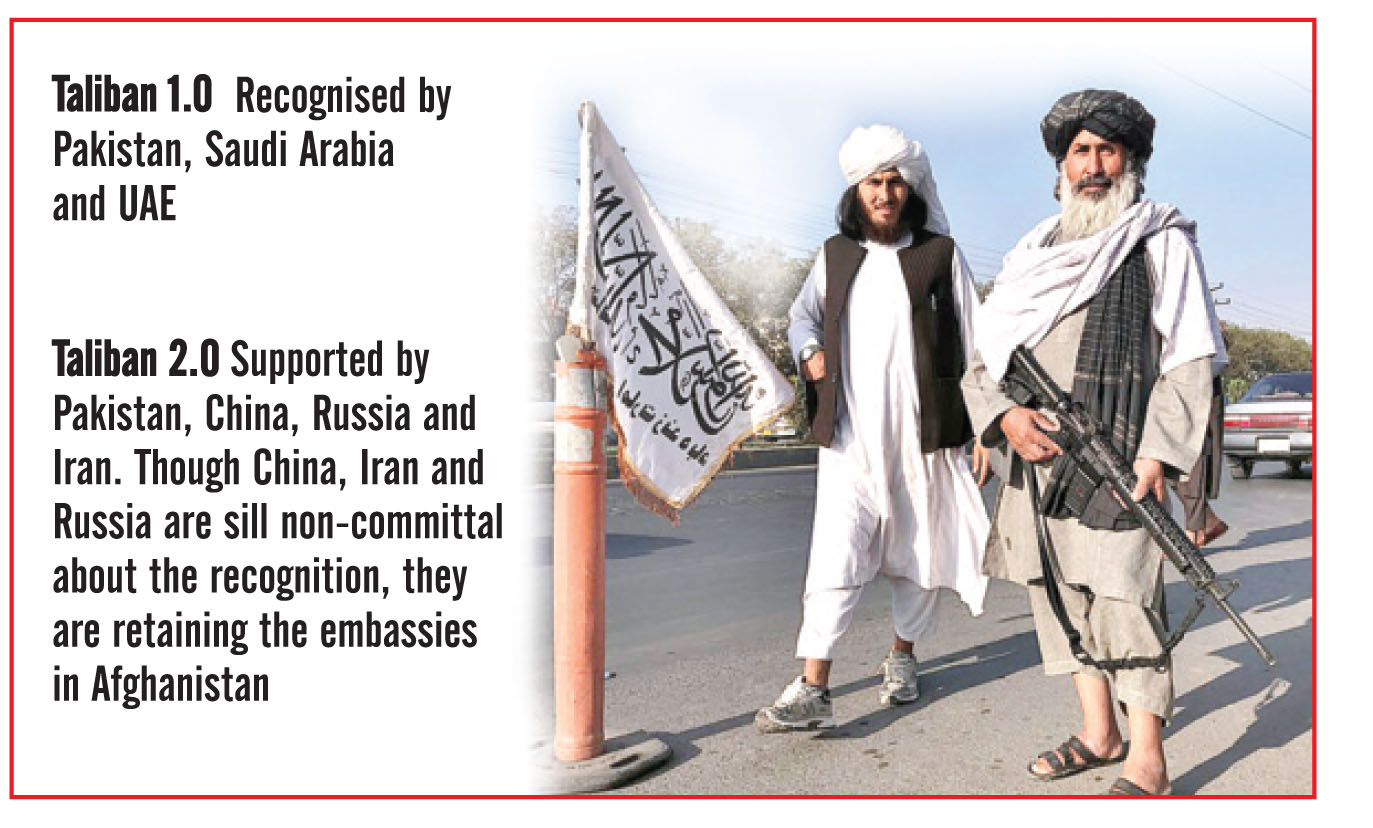 By saving these monies, Biden has done a long term service  to his nation.

Biden has only played his role as the US President; —maybe his name would never go in the annals of history as a 'reformist global leader' who built up a nation called Afghanistan.

Biden was perhaps never interested. But yes, an issue remains; it was never moralistic to abandon Afghanistan the way they did. But here too, Biden acted as a 'good President' and not necessarily a moralist. As the commander-in-chief, he has extricated his military from a never-ending conflict. Mission achieved.

Most of these countries — Russia, Iran and China—were needling the US and wanted American forces to withdraw, but now that this has happened, all these countries will be worried a lot. Biden knows the world has changed in the last 20 years. Perhaps the challenges from Russia and China are immense and growing.

There is also a latent big-picture Asian optimism that five centuries-long upsurges (syn..) of Western power, colonialism and imperialism would be dying fast, making way for Russia, India and China.

After the collapse of Soviet Union, Paul Kennedy had drawn the conclusion about the ‘Imperial overstretch’ being the main reason for decline of superpowers.  Is intervention in Afghanistan and a disastrous pull out proving  to be the same imperial  overstretch to the contemporary hyper-power USA?

The findings of an international study led by Hamilton researchers suggest that combination therapy of aspirin, statins and at least two blood pressure medications given in fixed doses can slash the risk of fatal cardiovascular disease (CVD) by more than half. The study was published by the journal The Lancet and concurrently presented at the European Society of Cardiology Congress by Joseph. The fixed-dose combination (FDC) therapies were examined both with and without aspirin versus cont ...