Internal infighting between various factions within Taliban is now apparent. There are reports of rifts over the control of troops and arms between Mullah Mohammad Yakoob and Sirajuddin Haqqani

The Taliban have announced a new interim government of their so-called "Islamic Emirate" in Afghanistan, more than three weeks after taking control of the capital Kabul. This delay in government formation didn't happen because the Taliban was holding talks with other ethnic groups for their inclusion in the government. Indeed the main reason for this delay was that different factions in the Taliban are fighting among themselves for a greater share and say in the government. Soon after the death of Mullah Omar, division among Taliban leadership started emerging. Mullah Akhtar Mansour was elected as the new head of the mainstream, or majority faction. His election was strongly opposed by a faction led by Mullah Muhammad Rasool. But currently, as the Taliban is in power, internal divisions are becoming deeper. As the current Amir, Haibatullah Akhunzada, is a relatively weak leader and merely a figurehead, he didn't have the ability to unite all the factions. Also, the differences are not only about power-sharing. There are various areas of disagreement. The different factions have disparate views about how the new regime should rule across all dimensions of governance: inclusiveness, dealing with foreign fighters, the economy, and foreign relations.

The Taliban is currently divided into three groups. The first group is the political wing which negotiated a peace deal with the United States led by Mullah Abdul

Ghani Baradar. The second group is the military wing led by Molavi Yakoob, son of Taliban founder Mulla Omar. The last one is the Haqqani Network, headed by Sirajuddin Haqqani. However, the Haqqani network is officially subsumed under the larger Taliban umbrella organisation. But the Haqqanis maintain distinct command and control and lines of operations. Molavi Yaqoob wants to bring military elements into the decision making rather than political elements being pushed by Mullah Baradar, the group's co-founder. Some reports indicate that Molavi Yaqoob has openly told that those living in the luxury of Doha cannot dictate terms to those who carried out askari jihad against the US-led occupation forces. 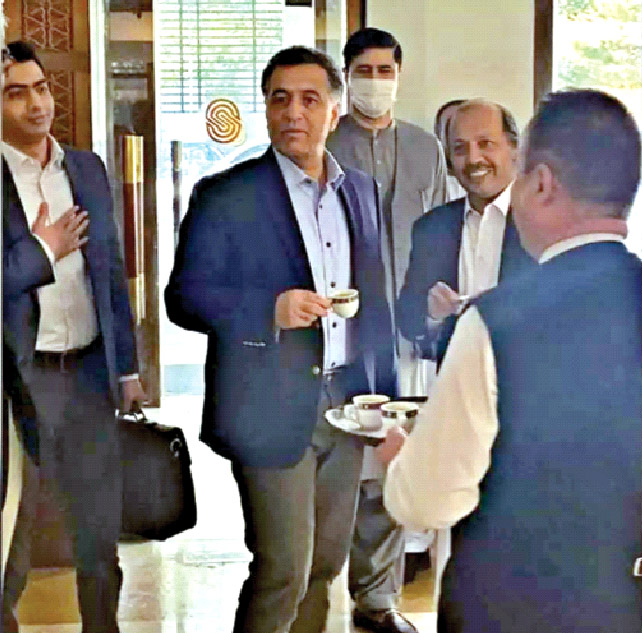 On the other hand, the Haqqani network, which has elements within the Pakistani security establishment, is the favourite child of Pakistan intelligence agency ISI. It is one of Afghanistan’s most experienced and sophisticated insurgent organisations. The Haqqanis want lion's share in the power as they want to encash on the fact that they lead the eastern “lobby” and represent around 30-35% of the Taliban forces, including some of the north-eastern Taliban. Also, Kabul is under the firm control of over 6,000 cadres of the Haqqani network.

Molavi Yaqoob has gained the loyalty and operational resources of the most vigorous Taliban factions in the south, where Haqqani has been unpopular. There are reports of rifts over the control of troops and arms between Molavi Yakoob and Sirajuddin Haqqani. Also, Afghanistan's tribal configurations and age-old Pashtun tribal rivalries play a role in widening the gulf between these groups. Like many key figures in the Quetta Shura, Mullah Baradar is a member of the Durrani clan who mostly lives in southern parts of Afghanistan like the provinces of Kandahar, Helmand, and Uruzgan. Molavi Yakoob is from the Hotak tribe, a branch of the larger Ghilzai tribe mainly based in southern Afghanistan. On the other hand, Sirajuddin Haqqani is from the Zadran tribe of the Ghilzai clan. Its power base is in Southeastern Afghan provinces like Khost and Paktia.

Lt General Faiz Hameed, the ISI chief, visited Kabul amid Taliban infighting over government formation. The ISI chief reportedly held talks with Taliban leaders and persuaded them to sort out their differences. But up to what extent ISI chief achieved his goal that needs to be seen. But there is concern within Taliban leadership about the internal infighting coming out in the open and triggering violence with each group fighting the other as in the mujahideen days of the 1990s. With the US leaving behind more than USD 85 billion of weaponry in Afghanistan, there is enough ammunition with each faction to fight the other for at least a decade.

The Taliban's success as an insurgency rested on its ability to remain cohesive despite NATO efforts to fragment the group. But the group's challenge of maintaining cohesiveness across its many different factions of varied ideological intensity and material interests is tougher now that it is in power. The last time the Taliban seized power in Afghanistan in 1996 – there was never any question of what form of government they would install and who would rule the country. They were filling a vacuum, and Mullah Mohammed Omar, the reclusive cleric who had led the movement since its beginnings two years earlier, took charge. Hence no one questioned his decisions and authority. But now, the situation is different as the group doesn't have a supreme leader whose words are final.

Vishwaguru Bharat: Where did we lose?

Scientific discoveries, archaeological surveys, ancient temples, monuments, forts, various materials, and ancient culture and traditions all demonstrate that Bharat developed on all fronts, social, economic, and spiritual, thousands of years ago. The construction of various temples, towns, and forts demonstrates a clear understanding, skill, advanced technologies, a creative and research-oriented mindset, and a solid economic foundation. So, what happened to Bharat's glory? There are n ...