Investors gather at Evergrande's headquarters in Shenzhen to demand their money
China’s economic growth is likely to hurt as over $1 trillion worth of Evergrande projects in the Communist nation are unfinished. The large default by the real estate behemoth is likely to have negative consequences for the world

The Chinese Communist Party (CCP) wants to give the local market a warning without instigating too much mutilation globally. In 2020 as per Forbes, China had 626 billionaires as of last year, as compared 724 to the U.S. Premier Li Keqiang has disclosed that 600 million Chinese barely earn 1,000 yuan (approximately $155 ) per month.

Since the beginning of 2021, the Chinese Government has tightened its regulations for many sectors, including gaming — casinos and video games — and Big Tech in the country and even celebrity culture.

As per the Chinese State, through this crackdown, the CCP is working to achieve the noble cause of common prosperity; to address the wealth gap.

As CCP’s current five-year plan states, China wants to achieve socialist modernisation; by 2035. Is Xi Jinping moving away from Western-style capitalism, back more closely to socialism?

Even for short or medium-term, this paradigm shift can cause panic and pain to CCP’s opponents and opposers. For example, external stakeholders are panicstricken. The Evergrande saga caused 2.1 per cent fall in Australia benchmark - ASX200 as investors dumped mining stocks such as BHP and Rio. The iron ore price, Australia’s main export, has fallen 60 per cent to below $100, a ton from its high point in May.

As per Forbes, in recent years, at least half a dozen Chinese billionaires and wealthy business people have vanished from public life for a while after running afoul with the Chinese Communist Party.

But, it may harm China in the long run if on-time relief measures are not provided because about 29 per cent of China’s GDP depends on real estate. Evergrande has a debt of around $300 billion, which includes $19 billion in offshore U.S. dollar-denominated bonds. Further, Evergrande pleaded that it couldn’t pay $80 million worth of interest payments, due in September 2021.

Evergrande’s balance sheet displays 128 banks and 120 other institutions with direct exposures. This includes major global investors like BlackRock, Amundi, UBS Asset Management, Ashmore Group, HSBC Holdings, Fidelity, PIMCO, and Goldman Sachs Asset Management. Evergrande has about 800 uncompleted projects, and about 1.2 million home-buyers are waiting to move in. Apart from financial debt, Evergrande has to pay around 667 billion Chinese yuan (about $103 billion) for outstanding trade payables. Further, by next year, Evergrande will have to pay approximately 240 billion yuan ($37.16 billion) of trade payables if it remains a going concern. The cash crunch has led to over $1 trillion worth of Evergrande projects being unfinished. If there is a contagion, or a default leading to bankruptcy, it will affect economic activities in China, which in turn, may have cascading negative consequences for the world.

Evergrande’s liabilities are worth 2 per cent of China’s GDP approximately. Evergrande employed 200,000 Chinese, who themselves have invested billions of yuan in the company’s wealth management products (WMP). Evergrande has more than 800 projects under construction, more than half of them halted due to its cash crunch. Thousands of upstream and downstream companies depend on Evergrande for business, generating more than 3.8 million jobs annually.

Like many of China’s “too big to fail” businesses, Evergrande’s crisis has instigated rumours over the possibility of CCP stepping in to save Evergrande. Two Shenzhen State-owned Assets Supervision and Administration Commission (SASAC) owned enterprises, namely Shenzhen Talents Housing Group Co. Ltd. and Shenzhen Investment Ltd., are in discussion with Evergrande for Shenzhen-based projects.

Evergrande used to raise capital through crowdfunding also. One such crowdfunding initiative targeted its own executives was named Chaoshoubao, which means super return treasure. In 2017, Evergrande applied for project financing from state-owned China Citic Bank in Shenzhen, but Citic Bank mandated that Evergrande’s executives personally invest some amount. At this juncture, Evergrande announced the Chaoshoubao initiative for employees and promised 25 per cent annual interest and full redemption of the amount in two years. For the Chaoshoubao scheme, Evergrande employees must invest at least three million RMB. Eventually, after the initial success of the Chaoshoubao scheme, Evergrande received 40 billion RMB from China Citic Bank. But in 2020, this deal was under scanner as Chen Xuying, former Vice President of China Citic Bank and head of the bank’s Shenzhen branch, was arrested and sent to jail for 12 years for accepting bribes after issuing loans. 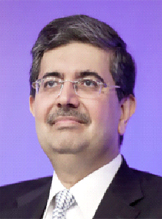 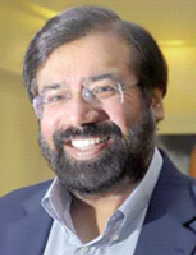 Later, Evergrande’s wealth department started selling WMPs to the public. The majority of these WMPs offered five per cent to ten per cent, with a minimum investment of 100,000 RMB. Evergrande’s employees and their families bought 20 million RMB worth WMP within five days, considering the high returns.

Two things make Evergrande’s distress extremely risky for the Chinese Government: its size and effect on Chinese citizens who thought they had purchased a ticket to become the middle class. Confidence in the Government’s wisdom and ability to guide Chinese families to a future of prosperity and a belief that investment in property and property-based assets could not fail must both take an unrecoverable hit.