Climate change has been the hot topic of the 21st century and its relevance keeps on increasing with each passing decade. The fear of rising global temperature and its adverse impact can be easily seen. What environmentalists have feared has been quite proved by the IPCC’s Sixth Assessment report. The report has confirmed that the current steps towards a net-zero Greenhouse gas (GHG) emission are lacking and human influence on the rising climate adversities is indisputable. The report has summarised the findings of 234 researchers by analysing 1400 scientific publications. The report provides a physical-scientific basis of climate change and confirms no escape from some of the ongoing climatic catastrophes.

Key Findings of the Report

The authors of IPCC reports have called for immediate net-zero emissions from all the countries. It has been feared that even if the countries are able to minimise emissions to net-zero, they will still have to face the dire consequences of the environmental tragedy. While immediate measures to reach a net-zero emission level might be an achievable goal for the developed economies, it acts as a major concern for underdeveloped and developing economies like India.

In recent times, India has emerged as a global leader in standing up for climate change. The 2015 Paris Climate Agreement is the most recent initiative taken up by India along with other countries. However, the trailing impact of the COVID-19 pandemic on the economy can be still felt. In such a scenario, this immediate need for zero-emission will be no less than another shock to the economy of India.

At the same time, the climate change report of India is itself concerning. According to a report by the Pune-based Indian Institute of Tropical Meteorology (IITM), there is significant evidence that anthropogenic activities have influenced the Indian regional climate. The report has characterised the Indian subcontinent climate as a complex interaction of land, ocean, atmosphere, land, and cryosphere system on different space and  time scales.

The trailing impact of the COVID-19 pandemic on the economy can be still felt. In such a scenario, this immediate need for zero-emission will be no less than another shock to the economy of India

The report claims that human activities have led to increasing heat extremes, changing monsoon patterns, and a rise in sea levels. The temperature of India has risen by 0.7 degrees celsius between 1901 and 2018. The annual mean, maximum, and minimum temperature averages during 1986-2015 have shown increasing trends of 0.15, 0.15, and 0.13 per decade respectively. The pre-monsoon climate was characterised by extremely high temperatures. Warm extremes have become quite frequent in India especially during 1951-2015 with accelerated trends during 1936-2015. India has observed a significant increase in the temperature of the warmest day and night with the coldest night since 1986. This increase has been quite non-uniform with the highest records in the eastern parts of the Indo-Gangetic plains and adjoining central India. The report further predicted that if immediate steps are not taken then the temperature will rise by 4.4 degrees celsius between 2070-2099.

An increase of 1 degrees celsius during 1951-2015 has been observed in the Sea Surface Temperature, which is higher than the global SST of 0.7 degrees celsius. The temperature has a significant effect on Indian monsoon patterns, especially the June-September monsoon. A decline in the annual rainfall and summer monsoon mean rainfall has been observed during 1951-2015. The most affected regions are the Indo-Gangetic Plains and the Western Ghats. Localised rainfall has increased leading to incessant downpours and flood-like situations. In the most recent years, India has seen massive destructive floods in various parts of the country. The rainfall pattern has been adversely affected with more and more scattering. Water scarcity has increased leading to a recession in the groundwater table level. The report has claimed the increased concentration of anthropogenic aerosols, GHG emissions, and improper land use to be the significant factor.

The Himalayan region has experienced declining snowfall and increased temperatures in recent years. Retreats of glaciers have become a constant source of tension. The Hindu Kush Himalayan region has experienced 0.2 degrees celsius rise in temperatures per decade between 1951-2014. The even higher elevated region (>4Km) experiences a rise of 0.5 degrees Celsius per decade. Experts have predicted that the temperatures will keep on increasing till the end of the 21st century by circa 4-5 degrees celsius. 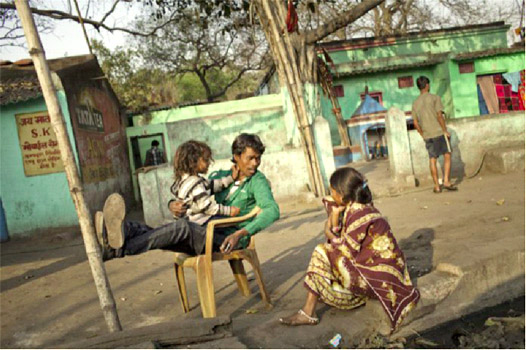 To policymakers, the findings of IPCC reports are worrying. The report has made its case of the existence of climate change and an immediate need to take action from world economies. But for India, it is a dead-end-like situation. Cutting on carbon emission is unfeasible for a developing economy like India which has just recovered from the greatest GDP reductions of the decade. But not doing so will put India under domestic as well as international pressure for immediate climate change policy and measures.

One way of dealing with this situation is the prompt realisation of the need of the hour, i.e. a holistic policy which not only aims at boosting the economy but also cuts carbon emission significantly, a major paradigm shift to least emission. India is blessed with enormous green and inexhaustible sources of energy like solar energy, wind energy, geothermal energy, etc. These must be explored and exploited immediately. India must explore its solar and wind energy reserves. With the development of infrastructure, these green sources can essentially replace conventional sources. Solar lights should be installed in all government buildings and officials should be encouraged to choose carpool or public transport. This will reduce the pressure on conventional coal-petroleum based sources for meeting energy needs.

Investing in the electrical automobile industry will significantly reduce vehicular GHG emissions. People should be given incentives to switch to electrical vehicles. A roadmap must be prepared to ensure the smooth functioning of electrical vehicles on highways and roadways. Efficient implementation of the new vehicle scrappage policy will become a game-changer. A comprehensive and detailed policy document for industries should be prepared to guide them on how to minimise pollution and reach a net-zero carbon emission by 2030. The millionaire businesspersons should be motivated to perform their corporate social responsibility and invest in initiatives to control climate change. 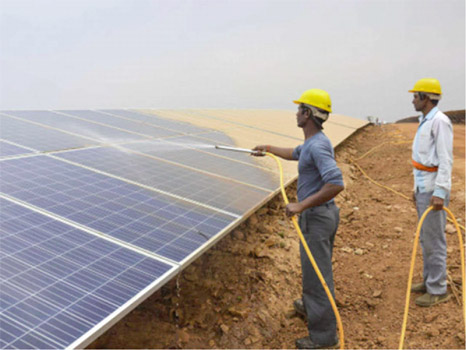 India can adopt a bottom-up approach by developing villages and small cities to make them emission-free and coal-free. This will reduce the potential issue of haves and have-nots at the base level. Even today, agriculture is the main occupation of 50 percent of the Indian population and due to traditional methods, it has also been a major cause of environmental degradation. Agricultural reforms should be brought that provide a more green solution to farmers over traditional methods like burning of husks. The use of chemical-based fertilizers should be discouraged and green fertilizers and manures should be popularised. Incentives and awareness should be provided to farmers for adopting green farming techniques.

Massive plantation drives and protection of forests must be given utmost priority. The all around consumerist culture must be discouraged and needs and necessities be prioritised over desires and luxuries. Mahatma Gandhi once said that “Earth provides enough to satisfy every man's needs, but not every man’s greed”. Gandhiji and Pt. Deen Dayal Upadhyay repeatedly emphasised that the earth has enough resources to support all of humanity. However, it cannot support a luxurious lifestyle for all of us.

The IPCC report is an eye-opener and another challenge for global citizens. It is high time for India to act according to it with urgency. The approach shouldn’t be narrowed down to climate change but should include economic development as well

Civil society should wake up and seek immediate disposition of measures from the officials. They should act as the watchdog of these reforms and make the government accountable for its actions. Awareness and relevant skills should be imparted to the young population.

Bringing up immediate measures to reach a net-zero emission level is an impossible task for developing countries like India considering their dependence on fossil fuels and lacking technology. Hence, the developed economies should come forward and support these developing countries in adopting more and more green measures. This can be achieved by investing in developmental programs, providing technical know-how, etc. They are obliged to give this cooperation and support as they damaged environment greatly post industrial revolution.

The IPCC report is an eye-opener and another challenge for global citizens. The ramifications of climate change and environmental degradation transcend national boundaries. It is high time for India to realise the immediate need and act according to it with urgency. The approach shouldn’t be narrowed down to climate change but should include economic development as well. For a developing nation like India, the environment and economy should go hand in hand so that either of them does not suffer.

Also read: Recognise Our Swa Is The Message Of Vijayadashami ..

Punjab/Conversion: Caught in the crossfire

The evangelical agenda was  always functional in Punjab from the colonial days. Now sikhi, propounded  by Gurus, is under threat both from Islamists and the conversion mafia   When the East India Company took over political control of Punjab in 1849, Christianity started attacking the indigenous religious practices of the region with full force. The advent of Christian missionaries in Punjab started in the decade of the 1800s itself. In the North-West province, seven Protest ...