The conspiracy behind the observation of Indigenous Peoples' Day in India

All communities in Bharat are its Indigenous Peoples and the question does not arise to give a special benefit to a section of society on the pretext of World Indigenous Peoples' Day. When all Indians have commonly inherited and shared their legacy, the church and missionaries only instigate selected communities for their nefarious agenda. 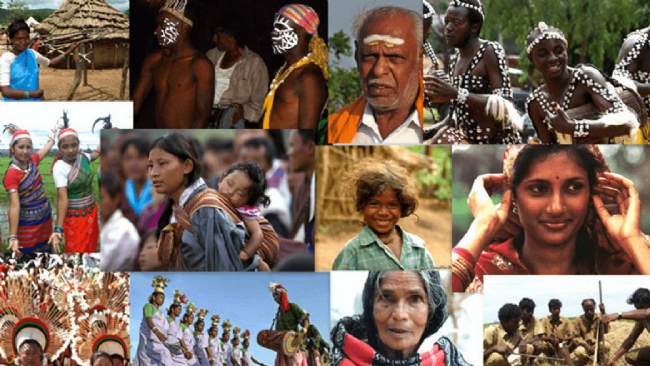 Observation of Indigenous Peoples' Day on 9th August started worldwide following UNO's declaration in 1994. The significance of the day is to commemorate the first meeting of the UN Working Group on Indigenous Population(UNWGIP) was held on 9th August 1982.

But, on the same date in 1610 in the history of the American continent, a Powhatan tragedy occurred, in which the British butchered 75 indigenous people belonging to the Paspahegh community of Virginia. There is nothing wrong if anyone thinks that the same day has been chosen as Indigenous Peoples Day to pacify the damage done to the Indigenous People. Powhatan was not a single incident in which the Indigenous People had to confront the brutality of colonialist forces. There were several such incidents, and lakhs of Indigenous People have been eliminated the world over. We have seen such atrocities in the continents like Africa, Asia, America and Australia and colonial forces succeeded in tightening their grip over indigenous peoples in almost all countries barring a few. Indians have thrown out the colonial regime from its soil by taking on them with revolutionary and non-violent forms of struggle.

What the UN has proposed was a welcome step. It may bring some relief to the centuries-old sufferings of indigenous communities of those countries. Surely the Indigenous People of these Nations have undergone inhuman atrocities and sufferings. They were denied a dignified life in their native lands.

“The UN has failed to give an appropriate definition to the term 'Indigenous Peoples' as identification can not be made based on a single yardstick, as the historical experiences across the globe never remained the same.”

The International Labour Organisation (ILO), in its 169th Convention, adopted an international treaty in 1989. Rights under this treaty are based on respect for the cultures and ways of life of Indigenous Peoples. It gives them their right to land and natural resources and defines their priorities for development. The convention aimed to overcome discriminatory practices affecting these people and enabling them to participate in decision-making that affects their lives.

Unfortunately, some anti-national and mischievous elements with a proselytising agenda took IPD as a tool to achieve their objectives by bringing division within the Indian society. They termed the day ‘World Adivasi Day’ by manipulating the stand taken by our government about the issue.

The official stand of Bharat on the issue of Indigenous People is that everyone who lives in Bharat, whether he is tribal or non-tribal, are Indigenous Peoples of this land. With a crystal clear approach, our constitution-makers have thought to give equal privileges, protections and rights to all its citizens. Special privileges and provisions have been given to uplift those lagging because of political, social and economic reasons by bringing such communities under a separate schedule in 1950, way ahead of the UN Declaration in 2007. Since all communities in Bharat are its Indigenous Peoples, the question does not arise to give a special benefit to a section of society in the pretext of World Indigenous Peoples' Day, when all Indians have commonly inherited and shared their legacy.

Here, the church and missionaries are insisting on the scheduled Tribe People to observe and celebrate the day as World Adivasi Day. As far as the day (9th August) is concerned, the day has no relevance in the Indian context. If the day has to be observed, it should be observed as a day of mourning for the World Indigenous People for the reason I have mentioned at the beginning of this article. Whatever has been mentioned in the UN Declaration-2007 about the indigenous peoples is seen in the western countries. We expressed our solidarity with those who have been oppressed there, and the respective governments should address their grievances and concerns. 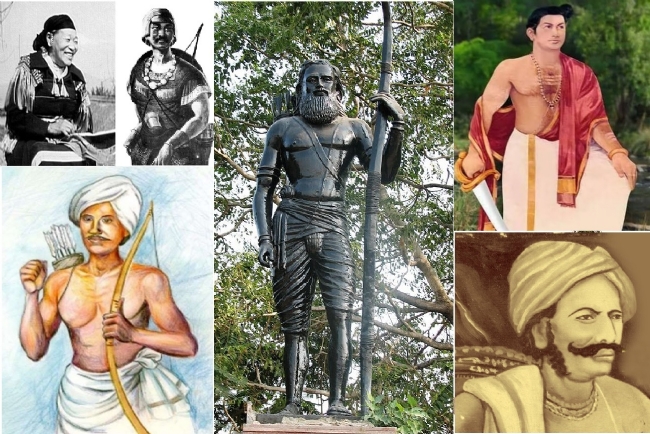 But nothing from the UN Declaration applies to our country, as Its Indigenous Peoples inhabit Bharat as a whole. The constitution has taken all measures to protect all the rights, barring one or two articles of the UN Charter of 46 articles. Among them, the ‘right to self-determination’ is the most vicious one. When our representative signs in support of the charter, he has made a clear mention about the clause 'right to self-determination' as it is against the unity and integrity of our nation and it poses a threat to its sovereignty. The right to self-determination that adds itself as a culmination of these conventions stands as a misnomer in the context of India, where the democratic rights of the people have been safeguarded through various means. Even the elite-educated class and people in the media are not aware of these facts, and they gave little notice to the matter.

Certain agencies in India are trying to ruin the tribal culture, identity, beliefs and values. They are engaged in proselytising activities. Stern action should be taken to curb religious conversion. They have been trying to cultivate Aryan Invasion Theory(AIT) to attract the Janjati people that only the Janjatis are the Indigenous Peoples of this land. They have been pushed into the forest by the Aryans. Similarly, even in the absence of evidence, it is also being argued that the Dravidians were also chased up to the southern seashore by the Aryans. But the recent excavations in the Rakhigarhi of Harappa region have demolished the AIT that there was no trace of any invasion in the region. Archaeological evidence, genetic evidence, timeline and anthropological evidence have disapproved the theory. There is nothing to say about an invasion that never was.

“Janjati people were the pioneers in the struggle against the British. Numerous Janjatis and their leaders like Rani Gaidinliu, Tirot Sing, Alluri Sitarama Raju, Surendra Sai, Birsa Munda, Pazhassi raja have fought the colonial forces as Bharatiyas.”

Janjati people can have a separate day that can bring pride and self-respect to each and every Indian. Janjati people were the pioneers in the struggle against the British. You can see a Thalakkal Chandu along with Pazhassi Raja in his fight against the East India Company. Thalakkal Chandu was hanged in 1805. There are many such examples in the length and breadth of the country. They have shown their fighting spirit against not only the British but against the Mughals too. They have fought against the Mughals along with Rana Pratap and Shivaji. The story of Rani Durgavati of Jabalpur was another example of the fight of the Janjati people against the Mughals. You will find many names such as Tilka Majhi, Neelambar, Pitambar, Sidhu, Kanu, Alluri Sitaram Raju, Govind Guru, Veer Narayan, Shambhu Dhanu Phunglosa, Jadonong, Rani Gaidinliu, Rani Ruipuiliani, Mutmor Jomoh etc.

Birsa Munda is the most renowned and widely revered revolutionary leader who bravely fought against British Officers, and the Missionaries engaged in religious conversion. He realised that both the British officers and the Missionaries have ‘the same hat'. The hat worn by a British officer and an evangelist are the same. That means their objectives are the same. Over the years, the revolutionary spirit shown by Birsa Munda has earned him the status of an icon of the Janjati People of Bharat.

Why can't we project the birth anniversary of Birsa Munda (15th November) as a day of our pride (Gourav Divas)? We can celebrate the day with much enthusiasm. And also, we will have to see that the tribal rights are well protected under our constitutional framework. We have to see that the constitutional provisions and protective measures of the Janjati people are implemented properly. Panchayati Raj Extension into Scheduled Areas(PESA) and Forest Right Act(2006) will prove to be the game-changer in the Scheduled Areas in India in the days to come.

9th August has nothing to do with India. Whatever we could do the most on that day is just expressing solidarity with Indigenous Peoples of western countries for their fight to ensure their right.

The downward slippery journey of Indian communists and Congress is a reality, and this decline is not only electoral but also in influencing the sociopolitical mindset. New Delhi: It was a usual diplomatic episode when India had sought quicker extradition of Kim Peter Davis, alias Niels Holck, from Denmark. This was flagged off when Danish Prime Minister Mette Frederiksen was in India and was holding bilateral talks with her Indian counterpart, Narendra Modi. She also hailed ...

Also read: Now, all eyes are on the Moscow meeting of the Taliban with the US, India, Russia and ..