The textbooks that the Congress government produced did not pay adequate attention to nationalist leaders like VD Savarkar, Lala Lajpat Rai, Subhash Chandra Bose and Bhagat Singh. These textbooks continue to depict invaders and communalists as heroes. Those kings, who were responsible for the mass genocide and atrocities on their Hindu subjects were portrayed as great rulers

Since a considerable number of NCERT history textbooks that were written over the past few decades have been indicted of unhistorical facts, distortions, and inadequate representations of individuals of national importance, negative stereotypes, and polemical depictions about India, the systematic rewriting of history becomes inescapable.

In postcolonial India, many attempts were made to fabricate, falsify, eulogise, and misrepresent the records of the past. The primary objective of such vindictive endeavours was to make history a tool of political propaganda. The Government in the postcolonial periods had enjoyed every kind of power and control particularly with regard to exchange of historical knowledge through official and nonofficial organisations. The ways in which Indian Council for Historical Research (ICHR), a government body, was used by the then ruling Government and the manner in which ‘two leading Marxist historians’ in their ‘Towards Freedom’ volumes attempted to portray the cultural and political organisations like Rashtriya Swayamsevak Sangh and the Hindu Mahasabha reveal how marginalisation of history was a normalised phenomenon under the political patronage.

Of course, it is the responsibility of the Government, its people and historians to put together their history, enhance it and to rewrite it with an objective to redeem Indian history from Eurocentric interpretations. In fact, rewriting history itself is a continuous process. It helps historians to get exposed to new methodological insights. It also facilitates them to employ new analytical frameworks. Yet, rewriting history is not intended to validate references to unhistorical facts and distortions about national heroes. The rewriting is done largely to ensure equal and proportionate references to all periods of Indian History. Equally, it is the responsibility of the historians to make sure that emphasis is given to men and women of national repute in the textbooks.

Recently, the Department-related Parliamentary Standing Committee on Education, Women, Children, Youth and Sports has taken up for examination and consideration the subject: ‘Reforms in the Content and Design of School Textbooks.’ It was intended to remove references to unhistorical facts and distortions about our national heroes from the text books, ensure equal or proportionate references to all periods of Indian History, highlight the role of great historic women heroes, including Gargi, Maitreyi, or rulers like Rani of Jhansi, Rani Channamma, Chand Bibi, Zalkari Bai and so on. In this regard, students, teachers and other experts, across the country, were expected to give their specific suggestions on the subject, either in English or Hindi before 15 July 2021.

The initiative appears to be genuine, unpretentious, noble and therefore, reasonable. This notification clearly reflects how tangible references to unhistorical facts, distortions about Indian national heroes, disproportionate references to medieval and modern Indian history, and inadequate references to Indian women heroes continued to undercut the spirit, dynamism and the essence of Indian history.

As a student of history, and as someone who values the multidimensional approach to the study of history, I see no reason why the Indian History Congress (hereafter IHC) should be ‘disturbed’ with this simple, plain and straightforward notification. The office-bearers of the IHA were of the opinion that this notification did not come actually from any ‘expert’ body of ‘nationally’ and ‘internationally’ recognised historians. They claimed that this notification came from a ‘political position’ favoured by non-academic votaries of prejudice. Though there are a number of professional historians in India, the IHC continues to project some historians as the ‘tallest historians’ who alone were/are capable of producing ‘scholarly’ books on India.

It bears mentioning that these scholars have a history of depicting India, and its culture in a controversial, contentious and polemical manner. For example, historian R.S. Sharma, in one of his NCERT books made references to an Indian Sanskrit critic Rajendra Lal Mitra (1822–1891), who published some Vedic texts and wrote a book titled Indo-Aryans. In fact, R.S. Sharma made a highly controversial statement that in ancient times people ate beef. He also depicted that the caste system was not basically different from the class system based on division of labor found in preindustrial and ancient societies of Europe.

Similarly, R.S. Sharma took a provocative take on Ramayana and Mahabharata saying that archaeological evidence should be considered far more important than long family trees given in Puranas. He indicated that the Puranic tradition could be used to date Rama of Ayodhya around 2000 B.C. but assumed that extensive explorations in Ayodhya would not show any settlement around that date. He was critical of Krishna and Mahabharata. He argued that although Krishna played an important part in the Mahabharata, the earliest inscriptions and sculptural pieces found in Mathura between 200 B.C. and A.D. 300 did not attest to his presence at all. He also concluded that the ideas of an epic age based on the Ramayana and Mahabharata has to be discarded due to its complexities and difficulties. 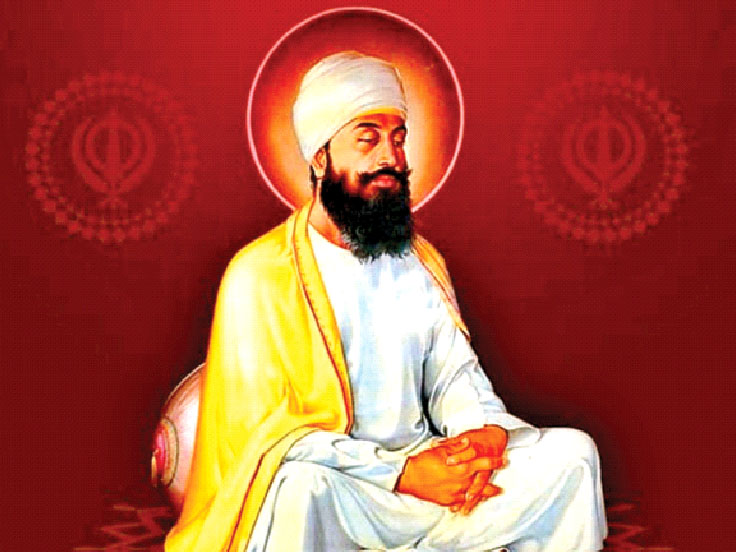 In a similar vein, Romila Thapar in one of her NCERT textbooks, posited that hunting was a common occupation and animals like elephants, buffaloes, antelopes and boars were hunted in ancient India. She stated that the cow held pride of place among the animals because people were dependent on the produce of the cow. Nevertheless, her controversial statement that for ‘special guests beef was served as a mark of honour’ appears to be either distortion of historical fact or magnification of isolated and insulated instances.

Furthermore, Satish Chandra wrote in one of his textbooks that in 1675 Guru Tegh Bahadur was arrested and executed. The official explanation for this was that after his return from Assam, the Guru had resorted to plundering and rapine, laying waste the Punjab. According to Sikh tradition, the execution was due to the intrigues of some members of his family who disputed his succession. Aurangzeb was annoyed because Guru had converted a few Muslims to Sikhism. For Aurangzeb, the execution of the Guru was only a law and order question. This remark created a series of reactionary responses from the Sikh community.

In a similar vein, yet another historian Arjun Dev and Indira Arjun Dev stated that the Jats played a crucial role as a community in Delhi, Agra and Mathura. Nevertheless, they were able to establish their state at Bharatpur in Rajasthan where from they conducted ‘plundering raids’ in the regions around and participated in the court intrigues. This controversial remark also generated resentment among the community.

These historians appear to have a particular ideological mooring. They try to interpret Indian history largely through that lens. These historians continue to dominate what is commonly refereed to as the premier professional body of historians—IHC. Ashok Malik and Lakshmi Iyer commented that: “the ‘leftist historians,’ an admittedly broad categorisation that includes almost everybody who is somebody in the Indian History Congress—are in a sense protégés of the late Nurul Hasan, Indira Gandhi's education minister (1971-77). Venerable and genial as he was, Hasan happily arranged the marriage between Marxist social science and state patronage. It produced the sort of hagiography Indira Gandhi interred in her famous ‘time capsules.’” 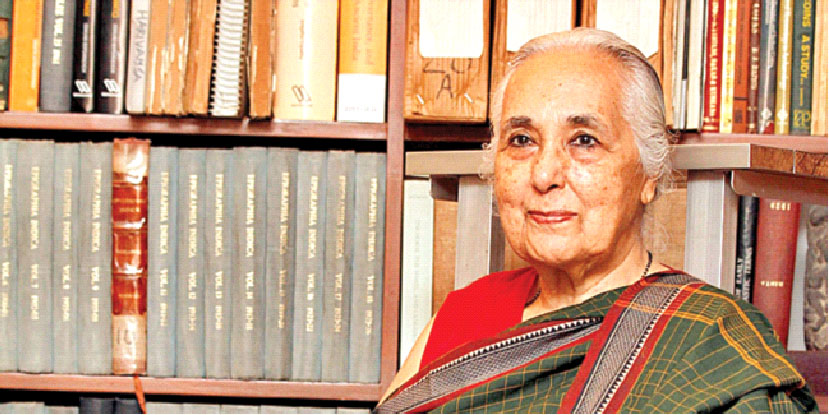 Romila Thapar stated that the cow held pride of place among the animals because people were dependent on the produce of the cow. Nevertheless, her controversial statement that for ‘special guests beef was served as a mark of honour’ appears to be either distortion of historical fact or magnification of isolated and insulated instances

It is, in this context, it is the responsibility of the government to be proactive. In fact, those who have passion for unbiased history consider that most of the history written about medieval and modern India does not do justice both to the very idea of India and to Indians as most of these writings were written either from an ethnocentric British point of view or written with an attitude of deifying other foreign invaders. Similarly, the history of Indian freedom struggle and contemporary India has a tangible Congress bias since they were in power.

The textbooks that the Congress government produced did not pay adequate attention to nationalist leaders like V.D. Savarkar, Lala Lajpat Rai, Subhash Chandra Bose, and Bhagat Singh, to name a few. These textbooks continue to depict invaders and communalists as ‘heroes.’ Those kings, who were responsible for the mass genocide and atrocities on their ‘Hindu subjects’ were portrayed as ‘great rulers’ and ‘benevolent despots.’

The textbooks had conveniently buried what the then British Prime Minister Clement Atlee, specified in 1947 regarding why the British had to leave India. He conceded that the main reason for the weakening of the basic foundation of the British in India was the formation of Indian National Army, the revolt of Royal Indian Navy mutiny in 1946 and the indomitable spirit demonstrated by Netaji Subhash Chandra Bose. One gets the impression that these historical facts have not been adequately represented in these textbooks.

It is argued that medieval, modern, and contemporary history of India, are justly well chronicled and documented, but ancient Indian history from an Indian perspective appears to be inadequate, and hence the need for insertion. When compared to Jawaharlal Nehru and Gandhiji, the contribution of Sardar Patel and a host of other nationalists have often been abated while the follies of the Congress government have either been consciously ignored or deliberately overlooked.

The ways in which students are pushed to study M F Husain who was accused of promoting obscenity and outraging religious sentiments, would be an inappropriate exercise as it could demoralise the young minds. The manner in which the textbooks make explicit references to the fact that Mughal rulers adopted a ‘flexible policy’ towards their non-Muslim subjects by giving grants to repair temples damaged during war would be an indication of deification of alien intruders, without critical examination. In a similar vein, the writings in the textbooks that priests in ancient India had divided people into four groups, called Varna on the basis of birth could perhaps promote resentment among the people.

All these issues and challenges indicate that the postcolonial India is yet to recover from the damages done through textbooks during 1960s and 1990s. Though these textbooks produced during this period, created a range of controversies, the IHC, a premier professional body of historians, continues to be busy in its routine ‘saffronisation’ and ‘communalisation’ rhetorics. The time has come that the IHC should think out of the box to set the record straight. It should remove the beam out of its own eye first. Any attempt to thwart the inclusion of Indian national heroes from the NCERT textbooks would make the deep-rooted conjecture real that IHC is the long arm of the Indian National Congress.

(The writer is Assistant Professor in History,University of Delhi)