When 5-year-old Anjali started the 15 km journey from Raipur to Dungari village in Rajasthan Sunday afternoon, she didn’t know it would be her last journey.

After crying for water for hours, she collapsed and passed away.

Her 60-year-old grandmother Sukhi Devi too had collapsed. 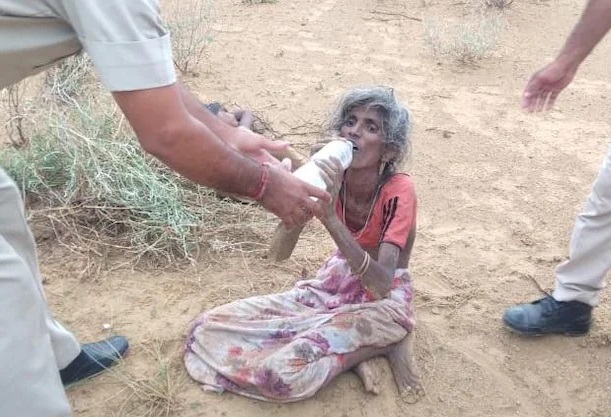 She was rescued by the police personnel and is undergoing treatment in a hospital.

Dungari village is 22 kms from Raipur. Because of Covid-19 lockdown, there is no public transport available in Rajasthan.

So, to cut this 22 km journey to 15 km, Sukhi Devi took a lonely shortcut.

Anjali could not bear the 45 degree heat. After traveling for about 5 km in the scorching heat, she asked for water.

But Sukhi Devi was not carrying any.

On the way, she asked one shepherd for water but he declined. She thought she would be able to make the journey.