India is not an idea or a dream, it is a vibrant civilisation in constant churn, a civilisation that has not been absolutely dated, and even after repeated attempts, is the only ancient civilization on this planet that man and time have not been able to destroy, subdue or drastically alter. India is the only country in the world that has outlived prolonged brutal attempts to convert into Islam or Christianity.

What are those qualities in the inhabitants of the Indian subcontinent that withstood all existential adversities and survived many onslaughts to destroy their ancient civilisation? What are those underlying spiritual high-points unique to the inhabitants of this subcontinent, which time and again had overwhelmed the proselytisation attempts of various invaders. To understand this, we have to delve into the spiritual thoughts of the ancient Indian saints and the way of life practised by the people of the subcontinent.

Indian civilisation is steeped in what is known as the Sanatana Dharma, the eternal religion with no founder, messenger or Holy Book. It envisaged an aesthetic way of life, in search of the eternal truth about life and the universe that is lucidly discussed in the Vedas, the immemorial ancient Indian scriptures.

Today, religious activities of evangelists have considerably ebbed but the intent  to Islamise the whole of India is a work  in progress

The Moghuls and Evangelists had been successful in making dents into the established Indian way of life, but could not convert the majority population into their faiths, as they had successfully done with many other countries they had invaded. Spiritually and intellectually powerful ancient Indian civilisation could moderate the invaders’ supremacist ideology and socially integrate them with the mainstream conquered society. That is why, in general, Indian Muslims are more tolerant than their ilk in other parts of the world. Today, religious activities of the evangelists have considerably ebbed, but the intent to Islamise the whole of India remained a work in progress. This unfulfilled religious agenda remained deeply embedded in the psyche of the fundamentalists Muslims and often exposed its ugly face at the slightest provocation.

Census Reports reveal that after the bloody dissection of the subcontinent into Hindu and Muslim majority nations, Muslims added more than 13.6 crores to their population of 3.6 crores in India, a whopping 378% jump. Hindu population in the same period grew from 30.4 crores to 96.6 crores, adding 66.2 crores, an increase of 218%. Throughout, Muslims have maintained constant growth, while all other religions have shown a general decline in their growth trends.

Muslims have been able to reach the present level of population without resorting to any violence, their worldly trademark. Their growth has been innocuous and staying within the existing laws of the land by exponentially increasing their population; a policy that worked wonderfully well in a country where tolerance and acceptance are cultural embodiments. Though India launched the National Family Planning programme in 1952, the idea went haywire and landed the country in a skewed demographic equilibrium, disproportionately in favour of the Muslims. Absence of effective population policy to maintain numerical balance amongst various religions in the country helped Muslims population to achieve their present stupendous growth.

In the entire melodrama unfolding in front of us, we are forgetting what life we are passing on to our future generations. Have we become so selfish and unconcerned about our children and grandchildren? By our inaction, aren’t we pushing them into an irreversible hopeless situation that we are capable of preventing today? Do we ever imagine how our children and grandchildren would cope with Sharia; the antiquated, puritanical, societal edicts, modern mankind can never accept. It will be the biggest let down by the present generations if we turn our faces the other way and pretend everything is hunky-dory with our grand  old civilization. 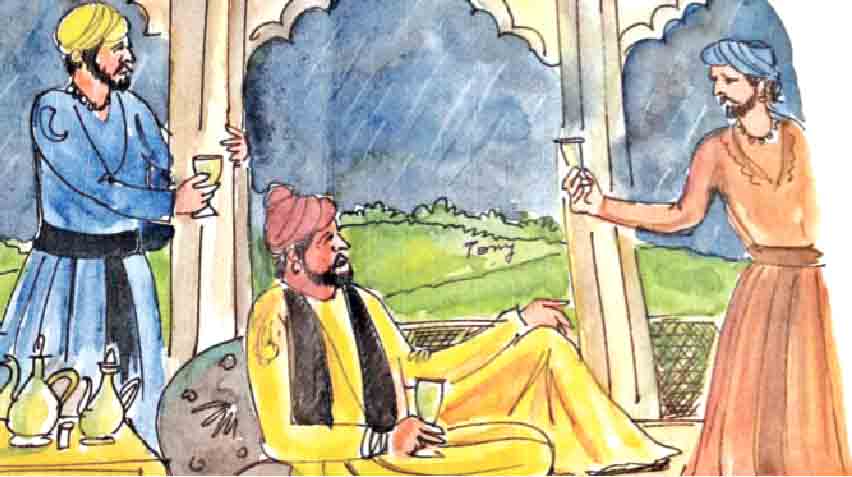 A progressive, democratic and multicultural country like India, steeped in Sanatana Dharma, needs to be free from any sort of dogmatic social chaining. True Indian Muslims find themselves side-lined and their leadership usurped by archaic diehard mullahs, maulvis and politicians without any scruples. The community is in a confused state, and has not been able to discriminate and distance themselves from the heady mixture of medieval-age dogmatic fundamentalism and follow liberal Islam, as their DNA urge them to. Indian Muslims need dynamic and rational leadership to lead them out of its present morass and keep pace with socioeconomic, political and technological advancement in the world.

School education is a vital domain to bring about generational changes. It had been and still is an important tool for religious proselytisation. It is therefore logical to use the same instrument to reverse the developing ugly communal tangle. Many modern countries include religious studies in their school curriculum. It formed part of knowledge development at critical stages in the learning process and understanding their society better. Indian secularism created religious verticals and denied people correct knowledge about other religions that existed in the country. This policy denied Indian youth proper understanding of the civilization and multiculturism of the country and only confused their thoughts about theology. This policy landed the country in its present calamitous situation of crude religious knowledge and unhealthy religious competition.

The aim should be to give the youth fundamental knowledge about all the major religions in the country, as available in authoritatively accepted scriptures and other empirical evidences, in an academic atmosphere that would stir their mind to arrive at an unbiased understanding about all faiths. Learning various religions, along with other academic curriculum enables a  student to comprehend the subject in its proper perspective, than the topic being indoctrinated by theologically  committed religious teachers under  prejudiced environments.

Indian Muslims find themselves side-lined and their leadership usurped by archaic diehard mullahs, maulvis and politicians without any scruples. The community is in a confused state, and has not been able to discriminate and distance themselves from the heady mixture of medieval-age dogmatic fundamentalism and follow liberal Islam

Along with education reforms, there is a need to revisit the Constitution we adopted in 1950. To maintain social harmony, it is essential to have constitutional provisions that are fair to all and not slanted towards minority communities, as it is at present. Large sections of Hindus genuinely feel that some provisions of the Constitution are unfair to them. A Constitution cannot be effective with the dominant group feeling let-down.

The nation has to brace itself to meet the new challenges to its glorious civilisation. Yesterday it would not have been that difficult as it would be today, but tomorrow it is going to be terrible. When the Muslim population crosses the threshold, violent jihad is assured and there will be no looking back; a prolonged, violent, religious and political turmoil is destined. The window to prevent this from happening will close sooner than one would wish for. Can we forget Kashmir so soon? We have to forestall such a disaster befalling our motherland. All political systems have failed in the country and time has come for the aspiring new generation to  take charge and reverse their motherland’s  civilisational perdition.

This article is an eye opener.

Also read: Pakistani Taliban, a Cause of Concern ..

Indo-Pakistan War, 1947-48: The history and its current ramifications

On October 27, 1947, the Indian Army landed in Srinagar airport and thus began what is historically referred to as the Indo-Pakistan War, 1947-48.  The war witnessed many iconic battles over two campaigning seasons in areas ranging from Zoji La to the Kashmir valley, Poonch and Mendhar etc. The newly created state of Pakistan put in all the military might that it could muster but, in the end, it had to accept an ignominious defeat. The  high point of the war was 27 October, 1947, wh ...