Punjab Congress President Navjot Singh Sidhu and AICC in-charge of Punjab Harish Rawat congratulating Punjab CM Charanjit Singh Channi, in Chandigarh
By making Charanjit Singh Channi, a Dalit, as a stop-gap Chief Minister, it has not done a favour to underprivileged sections of society. It is seen as an attempt to drive a wedge between communities and vitiate the cordial social atmosphere in the State

There seems to be no end to political upheavals in Punjab. For the last one year, the State has been in the throes of farmers’ agitation. The agitation commenced in the wake of the three farm laws passed by  the Parliament in September 2020. Later, it spread to Delhi. The so-called farm union leaders wish to create an impression that the agitation has a national footprint, but in actuality, it is driven only by a few elements in a few states adjoining the national capital, Punjab being one of them.

The Congress-led Government of Punjab has opposed the farm laws passed by  the Parliament due to political considerations. The State Government refused to support the attempts made by the Union Government to engage with the farmers and find a  solution. The farm union leaders, in turn, maintained a rigid stand of not accepting anything less than a total repeal of the laws, which is not feasible. These factors have given impetus to  the agitation.

Punjab on Way to Anarchy

In the meanwhile, a large number of pressure groups emerged, led mostly by youths. Some of them have been resorting to violence in suppressing any voice that, they feel, was opposed to the agitation. Their biggest target has been the BJP, whose leaders have been disallowed from interacting with the people and explaining to them the party's position concerning the farm laws. The State-unit of the BJP is making a valiant effort to reach out to the people despite the risk involved.

Thus, due to the State Government's failure to maintain law and order and respect for democratic norms, a virtual state of anarchy has gripped Punjab.

Due to the turmoil and the Corona pandemic, the State has regressed into a deep financial crisis. Directly or indirectly, the corporate sector used to provide employment to about five lakh employees in the State, mostly from among the youth. With corporate houses being attacked by agitators,many businesses have shut down and a large chunk of the employees are now out of jobs. Industrial units are also exiting the State and are getting rehabilitated in huge industrial complexes being created by States like Uttar Pradesh. This critical situation is causing great financial distress to lakhs of Punjabi families.

In the midst of this turmoil, an internal crisis enveloped the ruling Congress party with  Navjot Singh Sidhu raising a banner of revolt against the State's Chief Minister, Captain Amarinder Singh. Sidhu managed to garner support from the Congress high command (Gandhi family) and also from many sitting MLAs of the party. It is well-known that a political coup of this nature involves huge amounts of money changing hands; there is, as such, much speculation about the source of funding and support to Sidhu. In many circles, his proximity to the senior leaders of Pakistan like PM Imran Khan and General Qamar Bajwa is also being spoken about.

Be that as it may, since the last five months or so, the internal crisis of the ruling party has paralysed governance in the State. Punjab is in total disorder and chaos. All aspects of governance are adversely impacted. 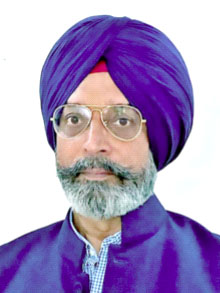 "The change in the Chief Ministerial appointment is an internal matter of the Congress party. The fact that a Dalit has been chosen as the new Chief Minister is also not an issue since Punjab and Punjabis have always remained above class and caste considerations. Such differentiations have been expressly forbidden by the Sikh Gurus. It is, however, the Congress itself that is highlighting the Dalit card which indicates that the appointment has been made while keeping politics of religion in mind”
— Jaibans Singh, Media Advisor, BJP, Punjab

The tenuous law and order situation has led to a virtual unleashing of terror by the pressure groups that operate under the guise of farm agitation. Earlier, only the BJP was targeted by them; now all parties are being told to stop election-related activities. Recently these pressure groups intimidated and humiliated members of the Shiromani Akali Dal (SAD) who had gone to Delhi to register a protest on the farm agitation. The situation is akin to the diktats that separatist and divisive elements of Kashmir used to give when terrorism was at its peak  in the Valley.

This apart, the activities of Pakistan from across the border in terms of drug and arms smuggling with the help of drones and through other unconventional means has gained momentum. It is so because the incumbent Congress-led Government of Punjab has failed to nail the kingpins of the drug and arms smuggling business even as arrests of the small-time workers are made from time to time. It seems that Pakistan wishes to take full advantage of the political vacuum in the State.

Within the State, employees of various categories, including State transport, government teachers, doctors, nurses, etc., are out on the street asking the Government to fulfil its promises made when it came to power, which have not been addressed in the last four and a half years. The people are also very unhappy at the incumbent Government's inability to bring closure to the sacrilege case as it had promised.

The internal crisis of the Congress culminated in the resignation of the Chief Minister, Captain Amarinder Singh, on September 18. The Captain said he was compelled to take this step due to the incessant and consistent “humiliation” that he had been facing since the last few months at the hands of the party leadership. 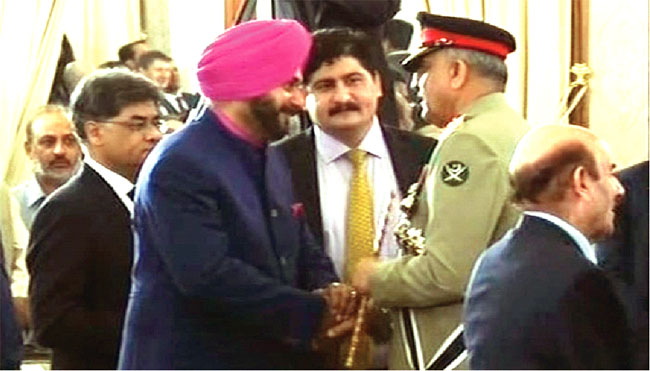 The incumbent Congress-led Government of Punjab has failed to nail the kingpins  of the drug and arms smuggling  business. It seems that Pakistan wishes  to take full advantage of the political vacuum in the State

The Congress immediately went into a huddle wherein its state of panic was quite visible in the multiple declarations of chief ministerial names only to withdraw the same after a few hours. After a lot of drama, the name of Charanjit Singh Channi was cleared by the high command to take over the responsibility.

Channi is a junior leader of the party. The main criteria of his selection was his caste – he is a Dalit. With this move, the Congress has brought in caste as a factor in politics in Punjab. Political observers feel that this divisiveness based on class and caste will become a new normal in the forthcoming Assembly elections.  This will vitiate the cordial social atmosphere in the State.

The new Chief Minister corroborated the fear of the people of Punjab when, in his very first address, he thanked his party leadership for placing a poor backward class person like him on the chair of the Chief Minister. By admitting so, he made it very clear that he did not consider his appointment as one based on his ability and merit but on his identity. As things stand, there is no clarity about the religion that the new Chief Minister professes since there are rumours that he is a crypto-Christian.

In its election campaigning and other meetings, Charanjit Channi and Navjot Sidhu have been heard voicing Muslim and Christian religious slogans, including “Naara-e-Takbir, Allah O Akbar” and “Hallelujah.” There are not many precedents of this practice in the politics of Punjab where people meet each other very affectionately but do not indulge in inter-religious sloganeering. Sikhs in particular do not voice the slogans of any other community. This development has caused considerable consternation in the State since it is considered to be an unhealthy trend.

This apart, most parties have brushed aside the appointment of Channi as an internal adjustment of the ruling party. The people hold a view that the outgoing Chief Minister Captain Amarinder Singh cannot be blamed for all the administrative and political lapses of the Congress party as is being attempted at this last stage of its tenure. The blame has to be borne collectively. They do not expect Channi to make any impact on the four years of misgovernance that has been witnessed during the Congress rule. All eyes are now on the next step that the outgoing Chief Minister, Captain Amarinder Singh, will take considerable speculation.

Giving his assessment on the political development, Colonel (Retd) Jaibans Singh, Media Advisor, BJP, Punjab, said, “The change in the Chief Ministerial appointment is an internal matter of the Congress party. The fact that a Dalit has been chosen as the new Chief Minister is also not an issue since Punjab and Punjabis have always remained above class and caste considerations. Such differentiations have been expressly forbidden by the Sikh Gurus. It is, however, the Congress itself that is highlighting the Dalit card which indicates that the appointment has been made while keeping politics of religion in mind. The new chief Minister will, quite obviously, not have the time to set right the misgovernance of the party over the last four and a half years. He is, therefore, expected to keep aspects of security paramount during his short tenure and also ensure that a safe environment is created for holding assembly elections in a free and fair manner keeping the highest norms of democracy paramount.”

Punjab is in the cusp of change sadly not in the right direction. The ignoble machinations of a few with selfish motives will need to be challenged. The State that thrives on the legacy and traditions set by the Great Gurus should not be allowed to slide into a political cesspool.

Also read: "Border security needs to be strengthened. China, Pakistan and Turkey coalesced in an ..

Shri Guruji Golwalker who became the second Sar Sanghchalak of Rashtriya Swayamsevak Sangh in 1940, during his extensive organisational tour from 1940 to 1942, gave a call to the youth activists at every place to come out as pracharaks to spread the work. He said: “Today for Bharatmata pooja, we require flowers which are untouched, not smelled, not dried up, and not worn in the head; at the same time filled with fragrance, honey and charm.” Shri Guruji adopted an aggressive organisat ...