Guwahati: It seems, the atrocities against the Hindu faith, beliefs and followers are increasing at a rapid speed. Peace loving Hindu community and the idol of Hindu god and goddesses have become the target of Islamic terror gangs and individuals. Hundreds of idols of Maa Durga, Kaali were vandalized in Bangladesh during the ongoing violence in the neighbouring country, which doesn't seems to have an end, now a Muslim youth has been arrested by Assam police for insulting Lord Ganesha's stone idol in West Karbi Anglong district.

In a desperate and wanton attempt to stoke communal tensions in the state,  a youth named Arbas Khan, uploaded a few pictures on Wednesday (21/1031) on his facebook post where Arbas Khan could be seen placing a foot on the head of an ancient stone idol of Lord Ganesh. 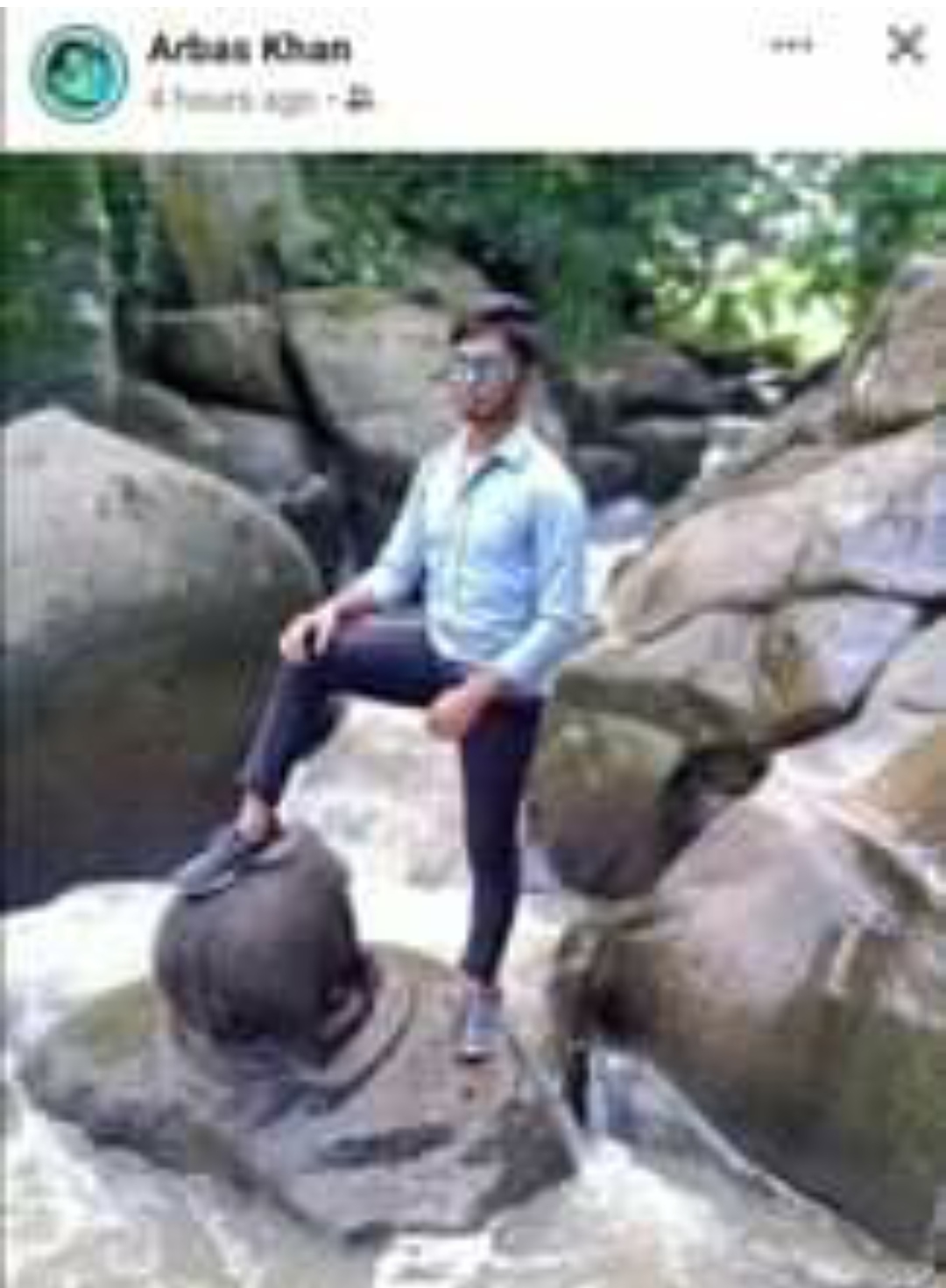 The unacceptable incident occurred in the hill district of West Karbi Anglong. For the Hindu believers the place named Tengalangso is a place to worship Lord Shiva and Ganesha.

Locals offer prayers to Lord Ganesh in the ancient natural temple where the idol is placed in the midst of a stream named 'Arlong Kunda' in Tengalangso. It is the beliefe of the people that the Lord Gabesha idol was created naturally in the midst if the stream thousands of years ago. There is also a temple dedicated to the Hindu deity at that place.

After the insulting pictures were posted by the culprit Arbas Khan, a case were regusterd in the Baithalangso police station on Thursday. West Karbi Anglong SP Ajagouran Bosumotary instructed Additional SP Bolin Deuri to investigate the case. Nagaon, Hujai and West Karbi Anglong police jointly conducted a search operation to nab the culprit. With reliable information the joint police team arrested Arbas Khan alias Golam Abbas Patowary from a place called Kochuwa in Hojai district. Police sources confirms that the culprit along with three other partners took the insulting photographs on Wednesday. Police has investing the case and search operations on to nab other culprits.

Military chopper with CDS Bipin Rawat, others on board crashes in Tamil Nadu; IAF orders probe

Chennai: A military chopper crashed in Tamil Nadu on Wednesday (December 8). CDS Bipin Rawat, his staff and some family members were in the Mi-series chopper that crashed between Coimbatore and Sulur in Tamil Nadu. The Indian Air Force has confirmed that Chief of Defence Staff Gen Bipin Rawat was on- board an IAF Mi-17V5 helicopter that met with an accident earlier today. The IAF has ordered an inquiry into the accident. "An IAF Mi-17V5 helicopter, with CDS Gen Bipin Rawat on b ...