ASI Authorities kept the Cultural Ministry in the dark and gave license to NGO Pama with questionable credentials and indivudials with alleged terrorist links to undertake Pattanam excavations.

This is to invite your attention on the licence for the year 2021, for archaeological excavations again granted to PAMA, an NGO in Kerala, by the Archaeological Survey of India (ASI), under the Union Ministry of Culture (ASI to be a prominent partner in the 11th session of Muziris Excavations The Hindu, June 18, 2021). The site has raised much controversy from the beginning. The licence was earlier granted for Pattanam excavations in 2020 after the Central Advisory Panel of the ASI at its meeting on September 12 and 13, 2015, asked for the closure of Pattanam excavations following complaints.

Prof K Rajan is in the Advisory Committee of the Archaeological Survey of India and has lobbied to grant licence to Cherian’s PAMA for excavating Mathilakam and other sites under Cherian’s Ancient Tamilakam Project backed by the Church.

PAMA is headed by a team that has nothing to do with archaeology in qualification or experience. Its chairperson RVG Menon retired as an academic in engineering. Its director P J Cherian did his PhD in 1993 from the University of Calicut on “The Communist Movement in Travancore: From the Origins to the Uprisings of 1946”. He did his M Phil (1985) and MA (1978) in history and has no academic qualification in archaeology.

PAMA draws inspiration from its ‘Giant Patrons’–Karl Marx, Antonio Gramsci, V. Gordon Childe and D D Kosambi. This leaves little for imagination on the ideological moorings of the organisation.https://www.pama.org.in/patrons.php

It raises serious questions regarding the excavation methodology, people involved with it and the credibility of antiquities claimed to have been recovered from the site at Pattanam. The current excavations have not revealed whether they are digging an Iron Age site or a site which shows transformation period in its stratigraphy and cultural remains. Archaeology primarily involves fieldwork and laboratory studies. It also raises serious questions about our national security.

The excavations are meant to establish the arrival of Apostle Thomas in Kerala and the conversion of Hindus to Christianity. PAMA Director P J Cherian personally presented papers at the Liturgical Research Centre of the Syro Malabar Church–1) The Impact of Recent Archaeological Discoveries in the Ancient Muziris on the Historiography of the Establishment of Christianity in Kerala (Kalyan, Mumbai, 2011); 2) Pattanam Archaeological Evidence and the History of Early Christianity in Kerala (Thiruvalla, Kerala 2011).

Earlier, excavations have been going on at Pattanam for over seven years and no report has been submitted no fresh excavation license can be granted according to ASI Joint Director R S Fonia (Doubting Thomases Suspend Saint Project in The Telegraph, October 1, 2015). In 2016, the licence of 20 NGOs in Kerala was suspended by the Union Ministry of Home Affairs under the Foreign Contribution Regulation Act which included the Kerala Council for Historical Research (KCHR) which then conducted the Pattanam excavations (MHA Shows no Charity, Cuts Licence of around 20 NGOs in The New Indian Express, December 8, 2016). Further, the then KCHR director Cherian was alleged of creating fake Government documents, illegal appointments and financial irregularities worth crores.

The former KCHR director P J Cherian could not continue his term in office and he started an NGO called PAMA. The PAMA secured a licence for archaeological excavations in 2020 (Attempts to Expropriate Security and Academics in Organiser, April 5, 2020). Now again, the NGO has secured licence to excavate Pattanam. After getting wind of the controversies associated with the Pattanam excavations, former President Pranab Mukherjee refused to inaugurate Pattanam Museum associated with Pattanam excavations (President skips Pattanam exhibition: The Hindu, February 28, 2016).

Has the ASI verified this track record before granting a licence to Pattanam excavations? George Soros, multi-billionaire leftist who supports Kashmir secessionists against PM Modi (George Soros laments rising nationalism, says the biggest setback in India, in The Times of India, January 25, 2020) is associated with the Pattanam project. Soros is an interlocutor in shaping the alliance between communism and the church. Central European University (CEU), which opened in Budapest, Hungary, in 1991, was founded by George Soros after the collapse of the Soviet Union, as an alternative recruitment and training centre for Left intellectuals.

The CEU launched its ambitious plan in Kerala in collaboration with the Kerala Council for Historical Research (KCHR) under a Left Government. Prof Istvan Perczel from CEU is a scholar on Byzantine history and Medieval Christianity, and one of the patrons of the dubious Pattanam excavations in Kerala, supervised by Left historians under KCHR. Prof Perczel delivered a lecture at Thiruvananthapuram on the historical legacy of Kerala Christianity (History of Kerala Christianity: Documents, monuments and methodological challenges, The Hindu, February 12, 2008). Formerly, he sent a letter to KCHR giving his benediction and highlighting, “According to tradition, Muziris was also the port where the Apostle St. Thomas landed, and the epics of indigenous south Indian Christianity started. This discovery opens immense new perspectives for the scholarship, so I wish all success for continuation.” (Muziris Heritage Project-Pattanam Excavations, 2008, KCHR, Thiruvananthapuram). 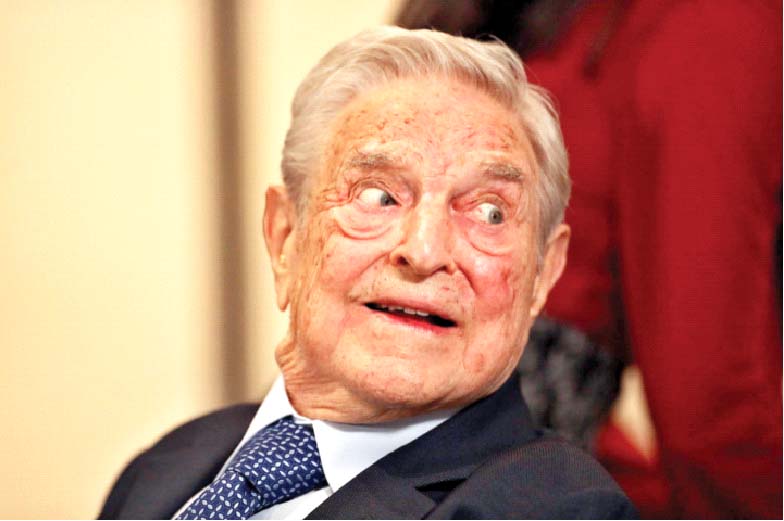 Istvan Perczel, under Central European University, sponsors the Biblical project, History of Kerala Christianity based on Newly Found Documents: Methodological Challenges and Possible Answers (Talk at the IIS Centre for Contemporary Studies, July 24, 2008). The work is carried out by another Indian NGO registered in Kerala, ‘Association for the Preservation of the Saint Thomas Christian Heritage’, in close collaboration with the Marxist-sponsored Kerala Council of Historical Research. Istvan Perczel is a founding member of this NGO who is also honoured with Distinguished Visiting Professorship (three lectures) at Sree Sankaracharya University of Sanskrit, Kalady, Kerala, by the Left Government in Kerala.

Pattanam is currently linked with Keezhadi archaeological site in Tamil Nadu, excavated by ASI, but virtually controlled by Father Gasper Raj, a missionary with terrorist links. He is also involved in multiple activities in support of LTTE, a Sri Lankan group designated by the US State Department as a Foreign Terrorist Organisation. (Douglas C Lovelace Jr., Esq., 2008, Terrorism: Documents of International and Local Control, Academic, OUP, Vol. 91).

Keezhadi is patronised by K Rajan, who is in the Advisory Committee of ASI. Rajan is associated with Father Gasper Raj, founder of NGO Tamil Mayyam, and officially referred in US crime records as ‘Gaspar Raj Maria Paulian’. When Rajan is clearly working as an interlocutor between Pattanam and Keezhadi with international terrorist groups and personalities, his academic credibility is diluted and stands accused of anti-national activism.

The Cultural Ministry should take immediate action cancelling licence for Pattanam excavations conducted by the NGO PAMA and individuals with alleged terrorist links with sites such as Keezhadi, considering our national security.

Many details are missing to establish a conspiracy. Headline should be Anti indian forces infiltrate ASI to create false narrative. It all shows failures of modi government. Whole of them are not in control.

dhimmi modi is slowly but surely heading 2 b mahatma2 modiGazi. only way to save bharat is 2 place YOGI in dhimmi modiGazi's place.

Also read: How the Chennai Super Kings were able to win four IPL titles by sticking to the funda ..