Enact Laws to Free the Land of Gurus (Punjab) from the Curse of Conversion, Demands Vishva Hindu Parishad (VHP)

After multiple reports of conversion by the missionaries, the Joint General Secretary of the VHP, Dr. Surendra Jain, visited Punjab to take stock of the situation.

The Vishva Hindu Parishad (VHP) on Monday (October 18) demanded the Punjab government enact law to check illegal religious conversion in the state and free the Land of the Gurus from the curse of conversion.

The VHP also said that it would stand shoulder to shoulder with the SGPC and the Akal Takht’s decision to launch a special drive in the villages in Punjab to check the conversion activities of the Christian missionaries.

“The VHP salutes and welcomes the voice raised by the Shiromani Gurudwara Prabandhak Committee (SGPC) President Bibi Jagir Kaur and the Akal Takht Jatthedar Giani Harpreet Singh ji against the illegal religious conversions being carried out by the Church in Punjab. The VHP assures all cooperation in this campaign to stop the conversions”, the VHP Joint General Secretary Dr. Surendra Jain said.

Multiple reports have exposed the massive conversion activities carried out by the Christian missionaries in Punjab.

“The Christian missionaries use only force, fraud and allurement to do horizontal religious conversions. If the Changai Sabhas (Abracadabra Healing Congregations) really do heal people, then why are their pastors hospitalized when they are sick? Many padres/chaplains/priests also lost their lives to the infection of COVID-19 pandemic. They could not save Mother Teresa even after arranging for her treatment for several months. When no Abracadabra Healing Session could cure even their loved ones, then why do they fool the innocent people of Punjab?”, Dr. Jain said. 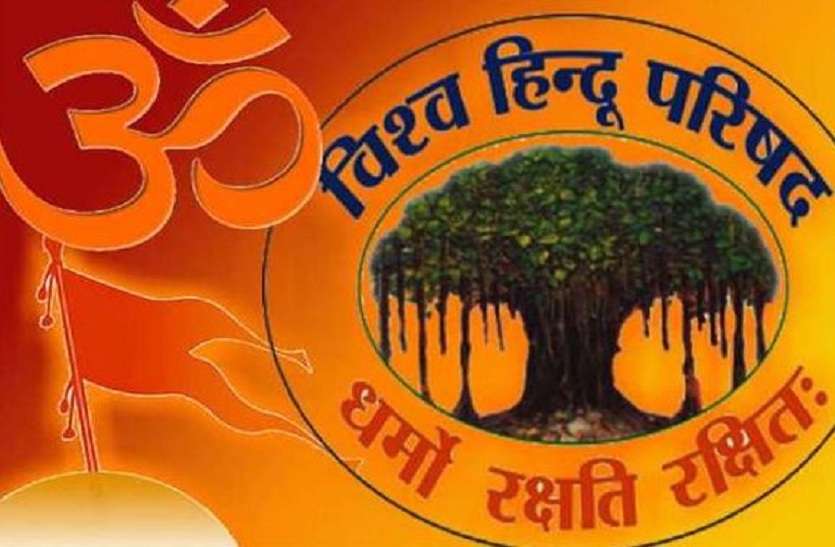 The missionaries use young children in their propaganda video. A French commission report had said more than 3,30,000 children have been sexually exploited by the pastors.

Dr. Jain also reminded how rape-accused Bishop Franco of Jalandhar was given a hero’s welcome when he was released on bail.

As reported by the Organiser, the National Commission for Protection of Child Rights (NCPCR) had issued a notice to the deputy commissioner in Chandigarh to investigate a video of Pastor Baljinder Singh in which a child had been used to spread propaganda.

“The conversions being carried out by the Church is a curse on the holy land of the whole of Punjab. A befitting reply will definitely be given to this. VHP takes a pledge to completely end this nefarious conspiracy and make Punjab a conversion-free state”, Dr. Jain said.

The Christian missionaries incite the people by deriding their religious scriptures and promising them that Christianity will cure them of all problems.

Dr. Jain said, “The scriptures of Sikhs and Hindus have precious messages for the welfare of entire humanity, which the whole world accepts. How can any person with power of discretion and with his/her head on his/her shoulders deliberately leave the light of his/her own time-tested holy scriptures? Do the missionaries not commit the great sin of sacrilege against the scriptures of Sikhs and Hindus by saying that the Bible is superior to our holy books?”

As reported by the Organiser, the Shiromani Gurdwara Parbandhak Committee (SGPC) has launched a special drive in the villages in Punjab to check the conversion activities of the Christian missionaries.

The SGPC had come under attack after multiple videos of Sikhs converting to Christianity started doing the rounds on social media platforms.

The drive has been named “Ghar Ghar Andar Dharamsaal (sacred shrine within every home)”. The campaign aims to distribute Sikh literature to the people in the villages of Punjab.

The campaign will not only bring firmness among Sikhs toward their faith, but also make the young generation take pride in their history and culture,” Hindustan Times quoted SGPC chief Bibi Jagir Kaur.

Multiple Christian missionaries, funded by the foreign NGOs, are running conversion programmes in the villages of Punjab and luring the vulnerables through cash and other incentives.

“Converting Sikhs to another religion is worrisome. When we don’t force anyone to join our religion by greed, then no one has the right to ask the followers of our religion to convert by greed or pressure” Hindustan Times quoted Akal Takht acting jathedar Giani Harpreet Singh.

Under the campaign, 150 teams, comprising seven preachers each, have been dispatched to the villages in Punjab. The teams will stay in the villages for a week, and go from door to door to distribute Sikh literature.

Multiple cultural events have been planned to spread awareness about the Sikh religion and its history.

“The drive is aimed at countering the impact of the mission being run by Christian preachers. We also approach families that have converted to have a dialogue with them and make them take pride in Sikh beliefs,” Hindustan Times quoted Sarabjit Singh Dhotian, SGPC’s head preacher.

Military chopper with CDS Bipin Rawat, others on board crashes in Tamil Nadu; IAF orders probe

Chennai: A military chopper crashed in Tamil Nadu on Wednesday (December 8). CDS Bipin Rawat, his staff and some family members were in the Mi-series chopper that crashed between Coimbatore and Sulur in Tamil Nadu. The Indian Air Force has confirmed that Chief of Defence Staff Gen Bipin Rawat was on- board an IAF Mi-17V5 helicopter that met with an accident earlier today. The IAF has ordered an inquiry into the accident. "An IAF Mi-17V5 helicopter, with CDS Gen Bipin Rawat on b ...