DEFENCE SCAN: AIR CHIEF MARSHAL VR CHAUDHARI TAKES OVER AS THE CHIEF OF THE AIR STAFF

In his address to the IAF, the CAS said that he was honoured and privileged to have been entrusted with the responsibility of leading the IAF. Outlining the focus areas for Commanders and personnel, CAS said, “Protection of our Nation’s sovereignty and integrity is to be ensured at any cost”. He added that enhancement of operational capability through integration of newly inducted platforms, weapons and equipment with existing assets and dovetailing the same in concepts of operations would remain a priority area. He spoke on aspects of acquisition of new technology, promotion of indigenisation and innovation, strengthening of cyber security, rapid adaptation of training methods to meet future demands and sustained work to nurture human resources. CAS urged all to “always uphold the ethos and credo of the ‘Air Warrior’, and strive to be an asset to the IAF in any role tasked for”. 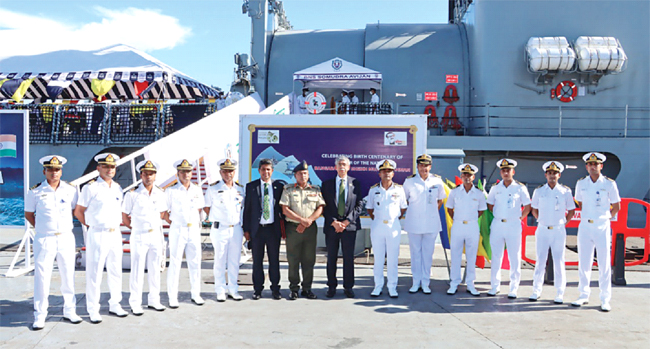 As part of Birth Centenary celebrations of the Father of the Nation, Bangabandhu Sheikh Mujibur Rahman, His Excellency Mr Muhammad Imran, High Commissioner of Bangladesh honoured 10 Indian Naval War Veterans from across the country acknowledging their contribution in the liberation of Bangladesh in 1971 at a function hosted onboard BNS Somudra Avijan at Visakhapatnam on October 5, 2021.

National Security Guard (NSG) was created in 1984 as a 'Federal Contingency Force' that was 'well trained to tackle various manifestations of terrorism.   New Delhi: Union Home Minister Amit Shah on Saturday (October 16) greeted the elite National Security Guard (NSG) force on its 37th raising day, saying it is a "world-class trained force to tackle all facets of terrorism", and the country is proud of its troops. The elite striking force, the NSG, was ...