When the Atal Bihari Vajpayee Government disinvested from Maruti Suzuki, valued only at Rs 4,339 crore, every one criticised the move. Today, it is valued at well over a massive Rs 2 lakh crore in terms of market capitalisation, employing almost 16,000 p
Asset monetisation involves transfer or lease of assets for a specified period without any transfer of Government control or ownership. It will mobilise resources for spurring growth

The Modi Government, earlier recently, announced an asset monetisation plan, whereby infra assets worth Rs 6 lakh crore across rail, road and power sectors will be monetised over the next four years via the National Monetisation Pipeline (NMP).

The NMP is in line with Prime Minister Narendra Modi’s strategic divestment policy, under which the Central Government will retain presence in only a few identified sectors,in line with "Minimum Government, Maximum Governance". Asset monetisation will unlock resources, lead to value unlocking in the case of underutilised brownfield assets which have been languishing for decades and will also create productivity gains in the concerned sector. Monetisation literally means to convert something into money. In practice, this means turning things into revenue-generating activities, services, or assets.The objective of the asset monetisation programme, therefore, is to unlock the value of investment made in public assets which have not yielded appropriate or potential returns so far, create hitherto unexplored sources of income for the company and its shareholders and to contribute to a more accurate estimation of fair value of public assets which would help in better financial management of public resources over time.

The National Infrastructure Pipeline (NIP) which seeks to create infrastructure assets of Rs 111 lakh crore in the next few years, is a bold, timely and ambitious plan, to propel India growth story. It however, requires massive capital outlay. Given resource scarcity and unwillingness of banks to lend to infrastructure projects that at times may take even more than 10 years for completion, the asset monetisationplan of the Modi Government, via the NMP, is a great move, that is practical and will not burden balance sheets of banks, who are already, in any case, dealing with legacy problems, inflicted by past, corrupt, Congress regimes.

In 2002, when the Atal Bihari Vajpayee Government decided to unshackle Maruti from Government control, almost everyone criticised the move.In 2002, Maruti was valued only at Rs 4,339 crore. Today,  however, Maruti Suzuki Ltd is valued at well over a massive Rs 2 lakh crore in terms of market capitalisation, employing almost 16,000 people and selling over four cars every minute, in India. Hence,those from Congress crying hoarse about the Modi Government’s monetisation plan, have lost the plot, because asset monetisation is nowhere close to privatisation and is in fact, a far more conservative approach at shoring up public finances and unlocking value.

Asset Monetisation involves creation of new sources of revenue by unlocking of value of hitherto unutilised or underutilised public assets. Internationally, it is recognised that public assets are a significant resource for all economies. Monetising assets is widely held to be a very important but inadequately explored public finance option for managing public resources,globally too. Many public sector assets are sub-optimally utilised and could be appropriately monetised to create greater financial leverage and value for the companies and of the equity that the government has invested in them.

The Asset Monetisation programme has taken shape because of the vision of Prime Minister Modi who has always believed in universal access to high-quality and affordable infrastructure to the common man of India.

The pipeline has been developed by NITI Aayog, in consultation with infrastructure line ministries, based on the mandate for ‘Asset Monetisation’ under Union Budget 2021-22. NMP estimates aggregate monetisation potential of Rs 6 lakh crore through core assets of the Central Government, over a four-year period, from FY 2022 to FY 2025.

NMP is envisaged to serve as a medium-term roadmap for identifying potential monetisation- ready projects, across various infrastructure sectors. The NMP is aimed at creating a systematic and transparent mechanism for public authorities to monitor the performance of the initiative and for investors to plan their future activities. New models like Infrastructure Investment Trusts (InvITs) and Real Estate Investment Trusts (Reits) will enable not just financial and strategic investors,but also common people to participate in this asset class thereby opening new avenues for investment.

NMP is a culmination of insights, feedback and experiences consolidated through multi-stakeholder consultations undertaken by NITI Aayog, Ministry of Finance and line ministries. Several rounds of discussion have been held by NITI Aayog with the stakeholders.

The objective of the asset monetisationprogramme, therefore, is to unlock the value of investment made in public assets which have not yielded appropriate or potential returns so far, create hitherto unexplored sources of income for the company and its shareholders and to contribute to a more accurate estimation of fair value of public assets which would help in better financial management of public resources over time

As part of a multi-layer institutional mechanism for overall implementation and monitoring of the Asset Monetisationprogramme, an empowered Core Group of Secretaries on Asset Monetisation (CGAM) under the chairmanship of Cabinet Secretary has been constituted. The Modi Government is committed to making the Asset Monetisation programme, a value-accretive proposition both for the public sector and private investors/developers, through improved infrastructure quality and operations and maintenance. This is aimed at achieving the broader and longer-term vision of ‘inclusiveness and empowerment of common citizens through best in class infrastructure’.

NMP aims to provide a medium term roadmap for public asset owners,along with visibility on potential assets to private sector. Report on NMP has been organised into two volumes. Volume I is structured as a guidance book, detailing the conceptual approaches and potential models for asset monetisation. Volume II is the actual roadmap for monetisation, including the pipeline of core infrastructure assets under the  Central Government.

The aggregate asset pipeline under NMP over the four-year period, FY 2022-25, is indicatively valued at Rs 6 lakh crore. The estimated value corresponds to 14 per cent of the proposed outlay for Centre under NIP (Rs 43 lakh crore). This includes more than 12 line ministries and more than 20 asset classes. The sectors included are roads, ports, airports, railways, warehousing, gas and product pipeline, power generation and transmission, mining, telecom, stadium, hospitality and housing.

The assets and transactions identified under the NMP are expected to be rolled out through a range of instruments. These include direct contractual instruments such as public private partnership concessions and, capital market instruments such as Infrastructure Investment Trusts (InvIT) among others. The choice of instrument will be determined by the sector, nature of asset, timing of transactions (including market considerations), target investor profile and the level of operational/investment control envisaged to be retained by the asset owner etc.The monetisation value that is expected to be realised by the public asset owner through the asset monetisation process, may either be in form of upfront accruals or by way of private  sector investment.

Privatisation and the Modi Government

While asset monetisation is not equal to privatisation, it is important to analyse the privatisation initiatives of the Modi Government. With a strong impetus towards privatisation, the current Government has been pushing to reduce State ownership across most non-strategic sectors. The last two years have specifically witnessed the dilution of ownership approach, being replaced by a firm resolve to transfer control, in areas where Government presence is not needed, in line with the “less Government” approach. It reflects a closer alignment of the government’s objective with generating funds for bridging the fiscal deficit/debt gap, without sacrificing strategic interests. The Indian CPSE performance revival plan must incorporate a structured approach that involves segmenting firms into various categories according to past performance, future profitability, industry characteristics, and revival chances. The Government should customise the choice of restructuring plan according to these categories and segments,experts claimed. And the ModiGovernment has done precisely that,with the decision to implement the NMP. 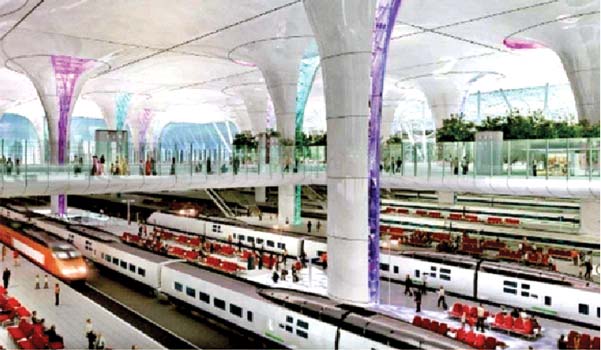 While the Government will retain ownership and control, the operation and utilisation of assets will be in the hands of the private sector but these assets will eventually be handed back to the Central Government, after the lease expires. In the interim, it is a win-win situation for everyone

While the Government will retain ownership and control, the operation and utilisation of assets will be in the hands of the private sector but these assets will eventually be handed back to the Central Government, after the lease expires. In the interim, it is a win-win situation for everyone. While the government is able to mobilise resources without incurring huge budgetary or fiscal deficits, the private sector also earns revenues for as long as the lease period is underway. The Central Government in turn can use the revenues generated by leasing assets via asset monetisation, to give a bigger impetus to infrastructure projects. To cut to the chase, while disinvestment means government will offload less than 50 per cent stake in public sector undertakings to the private sector, privatisation implies that the government will offload more than 50 per cent stake to the private sector. In sharp contrast, asset monetisation via the NMP, is neither about disinvestment nor about privatisation. While privatisation involves transfer of both assets and ownership, asset monetisation only involves  transfer/lease of assets for a specified period, without any transfer of Government control or ownership. Hence, asset monetisation via the NMP is an excellent decision by the Modi Government to mobilise resources, without a fire sale. The Government, via the NMP, can have its cake and eat it too!

Tesla was greatly impressed by the Vedantic knowledge propounded by the Swami on the relationship between force, matter and energy and underlined its similarity with the ideas of modern science Pratap Singh The analogy of Parasmani (also known as Philosopher's Stone) truly fits the personality of Swami Vivekananda. Similar to the said capability of Parasmani to convert iron into precious gold, the magnetic personality of this young Hindu monk, who completed his innings at a young ...

Also read:Pak security policy: Document of desperation and no mending of ways ..