Another sinister plot to Malign the Hindu Festivals? FabIndia and its CIA connection

FabIndia stirred up controversy during its recent Diwali campaign when it launched its new collection ‘Jashn-e-Riwaaz’. It later removed the campaign after it received backlash over the internet.

This article is a compilation of tweets made by twitter activist Vijay Patel. In his series of tweets, Vijay Patel exposed FabIndia which was recently in the news for all bad reasons.

The recent Diwali campaign and collection ‘Jashn-e-Riwaaz’ launched by popular ethnic garment brand Fabindia was not well received by the people on the internet. Several social media users objected to yet another appropriation of a Hindu festival and sentiments. Cultural appropriation has left social media users uncomfortable, just ahead of another Hindu festival. Not many favored Diwali being loosely translated to ‘Jashn-e-Riwaaz’.

In his tweets, Vijay Patel has linked FabIndia with the CIA and exposted its sinster plot to malign the Hindu festival. His tweets:

Recently You have seen this tweet by FabIndia, but later they have deleted it. Now let me show some shocking connections of FabIndia with the CIA.

1. FabIndia, and its CIA connection.

Recently You have seen this tweet by FabIndia, but later they have deleted it.
Now let me show some shocking connections of FabIndia with the CIA. pic.twitter.com/0m0exgStOX

FabIndia was founded by John L. Bissell in 1960. He came to India in 1958 with two years of Ford foundation grants. Shockingly he was an adviser of GOI

His father's name was William Truesdale Bissell and his uncle's name was Richard M. Bissell Junior. His uncle Richard was a CIA officer. 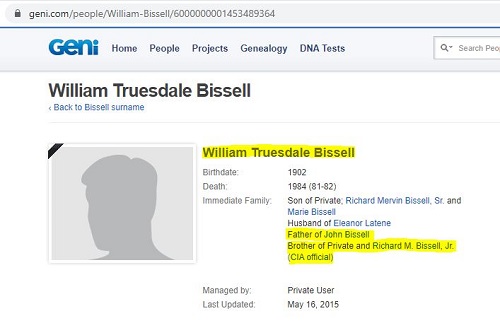 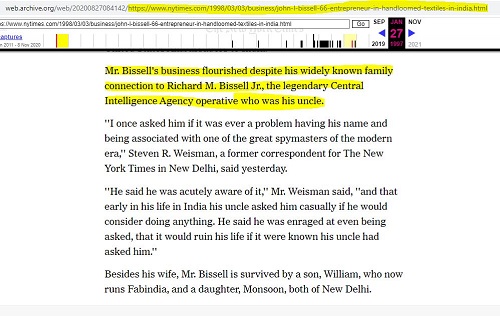 His uncle has also worked for the Ford Foundation before and after joining the CIA. Now you should not be surprised why John Bissell came to India with Ford foundation grants!

When John Bissell started to work in India, in the same period his Uncle was CIA's Deputy Director for Plans. This Department had controlled over half the budget of the CIA and this was responsible for covert operations.

Another most interesting thing. Bimla Nanda, Wife of john Bissel had served as a social secretary of USA ambassadors to India in the same period.

This is also interesting that the USA ambassador to India is following FabIndia on Twitter.

Now you should understand how big and invisible the international ecosystem is!

India is the land of kings, and the Mewar province of Rajasthan produced the bravest rulers who proved their mettle from time to time. Maharana Sangram Singh was one such ruler in the Sisodia clan of Rajput rulers of Mewar   Maharana Sangram Singh I, popularly known as Rana Sanga, born in 1482, was a king from the Sisodia dynasty. He ruled Mewar, the traditional territory of Guhilas (Sisodias) in present-day North-Western India. However, through his capable rule, his kingdom turned in ...

Also read:'Great Minds on India' now in Assamese and Sanskrit ..