The mob started pelting stones and attacked the police when Assam Muslim Student Union leaders held a discussion with the administration at the eviction site around 12 pm. Several police were injured and had to retaliate to push back the violent mob.

Guwahati: Hundreds of migrant Muslim miscreants attacked police and government officials with sharp weapons and bamboo rods in Dhalpur in Darrang district while carrying an eviction drive against illegal encroachment of government land. Eight police personnel, including two women constables, were seriously injured in the attack. In retaliation, police had to fire to push back the attackers. Two attackers, namely Saddam Hussain and Sheikh Farid, were killed in police firing, and several others were injured. The violent mob also set their illegally constructed house on fire.

According to a district administration official supervising the eviction drive, some Assam Muslim Student Union (AMSU) leaders held a discussion with the administration at the eviction site around 12 pm. But a group of people started pelting stones and attacked the police. Several police personnel were injured in the attack, and police had to retaliate to push back the violent mob. 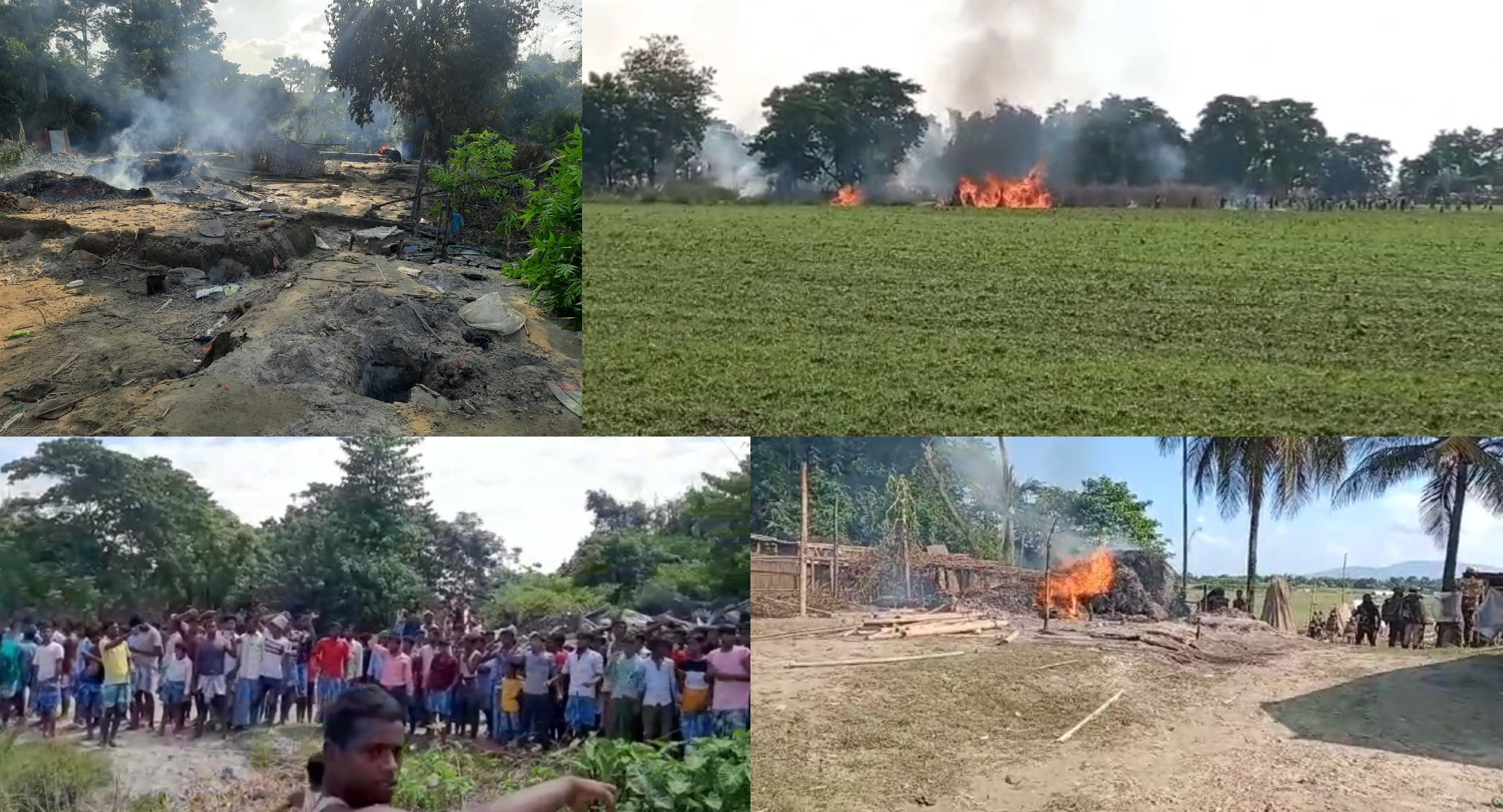 518 migrant Muslims were occupying around 200 acres of government land in the bank of river Brahmaputra in the 1st and 3rd sector of Dhalpur areas under the Sipajhar constituency. Around 3000 migrant Muslims living in the government lands in Dhalpur tried to resist the police administration team that reached the place for eviction. The migrant Muslim families set their homes on fire and blamed the administration team for doing the same, and started agitating on the site. While police were trying to convince them to clear and leave the place, the mob attacked the eviction team. Police sources said some bad elements were instigating the mob against the police. Darrang district police started an investigation of the matter.

Chief Minister Dr. Himanta Biswa Sarma told the media that the mob attacked police with sharp weapons, and police retaliated. Police have been given the charge to evict the encroached area, and the eviction drive will continue.

Last Monday (September 20), the Darrang district administration, with the help of police and paramilitary forces, evicted 800 Muslim families from government lands in the same area. 1488 acres of government land were cleared from illegal occupants.

Another 300 illegal families living in other parts of the Dhalpur area have approached the Guwahati High Court for an injunction in the eviction drive.

Government sources said that these people have encroached on almost 9000 acres of government land. The process is to clear the illegal encroachment. The state government has announced a mega agriculture project in the evicted lands. The project named as 'Gorukhuti Agricultural Project '' will engage local youth in profitable agricultural ventures. The government has constituted a committee headed by MLA Padma Hazarika. The committee has trained 500 young boys and girls, and they started farming in the evicted lands under the Gorukhuti Agri project.