The Family Man 2: When an Intelligence Officer tries to become a Family Man

The Contention associated with the series, and the unstoppable controversy

Srikant Tiwari (Manoj Bajpayee) is an analyst and field agent working with a secret task force that deals with threats to national security. However, on the home front, his marriage and his relationship with his kids are under threat too, thanks to the nature of his job and the many lies he has to spin to keep his family safe. As season 2 begins, Srikant has finally quit his government duty and joined the 9 to 5 job with an IT company.

Routine stuff, nothing adventurous, but he’s dedicating his time to cooking dinner, trying to make things work with his wife Suchi (Priya Mani), etc. The couple is in marriage counseling, thus he has now become the ‘family man’ his wife and kids wanted. His TASC updates keep coming in, because of his ex-colleague JK (Sharib Hashmi) who also keeps telling Srikant to come back to the force. Srikant pretends to be happy with what he’s doing, but we all know that’s not true.

Srikant is caught in a web of geopolitical intrigue when a group of Sri Lankan Tamil rebels concocts a plan to assassinate the prime minister of India and uses his teenage daughter as bait to get him out of the way. In this season, creators Raj Nidimoru and Krishna DK continue their drive of viewing conflicts both global and domestic through a humanist lens. At the center of this experiment is Raji, a brainwashed rebel soldier tasked with carrying out the assassination. Season two is also lengthy, takes its own time to set the stage for a high on-adrenaline clash replete with well-constructed action sequences, and an eye-pleasing experience. The first couple of episodes go into laying the foundation, and just like the first season, the story picks up the pace gradually unwinding sub-plots and new characters. But, staying true to its name, The Family Man also tries to balance the show with the personal side of Srikant’s life.

The credit of keeping the viewers glued to the screen majorly goes to Manoj Bajpayee, who is a perfect cast as Srikant. When he’s on the screen, you can’t take your eyes off it. Equally good is Sharib Hashmi, as the trusted friend and colleague JK. Samantha Akkineni as Raji is sincere and consistent, doing total justice to her role. Priya Mani stands out in the limited time that she has onscreen. 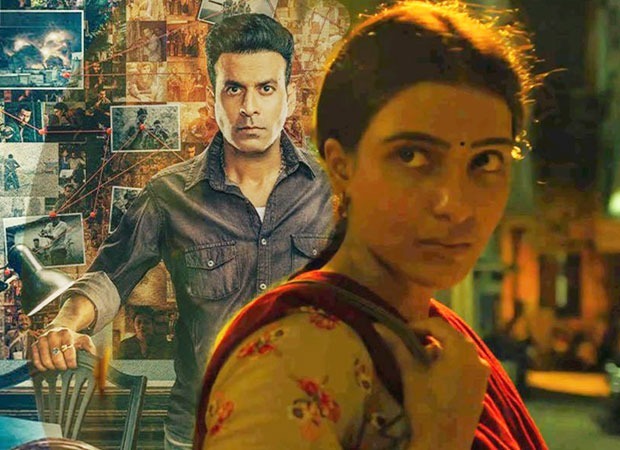 Controversy and Clarifications- What is that igniting the spark!

The Family Man 2 has attracted controversy since the very release of the trailer. A section that has been angry, over the character of Raji, allegedly linked to the LTTE, that had fought the decades-long Sri Lankan civil war, is shown as being connected to a terrorist group. They had termed it as being against Tamils and politicians like Member of Parliament Vaiko had sought a ban for showing the Tamil community in poor light. As per Vaiko, the show depicted “Tamilians as terrorists and ISI Agents and having link with Pakistan.” An excerpt of his letter read, “These descriptions have hurt the sentiments of Tamil people and Tamil culture and offensive against the Tamil community. The people of Tamil Nadu are raising serious objections over such activities and are protesting against the Serial.”

Tamil viewers have demanded legal action against the show. They have demanded the Tamil Nadu government to ban the show for showing it against the Tamils. For those who haven’t been following the controversy, the show is accused of misrepresenting the Eelam Tamil community in Sri Lanka and the LTTE organization. NTK Chief Seeman has written to Aparna Purohit, Head of Amazon Prime Video, asking the OTT platform to stop streaming The Family Man 2. In his letter, Seeman claimed that the web series tarnishes the image of Sri Lankan Tamils and belittles their struggles. He further added that the series is taken from the perspective of the Sinhala government, which annihilated the homeland of Tamils.

Meanwhile, Samantha Akkineni recently broke her silence after the release of the series and the controversy arising out of it. She penned a long note starting with, "Reading all the reviews and comments fills my heart with so much joy. RAJI will always be special."

I was particular about Raji's portrayal being balanced, nuanced, and sensitive. I want Raji's story to be a stark, much-needed reminder for us, more than ever before, to come together as humans to fight hate, oppression, and greed. If we fail to do so, countless more will be denied their identity, liberty, and their right to self-determination.

She mentioned that she was ‘aghast and shocked’ when she watched the documentaries of women in the Eelam war, and the ‘unspeakable grief’ that Tamils of Eelam went through ‘over an extended period.’ With the videos reaching only a limited audience with only a ‘few thousand views’, Samantha wrote that it dawned on her that the ‘world looked away’ when ‘thousands of people of Eelam lost their lives,’ and ‘lakhs lost their livelihood and homes’ and many still continued to live in ‘far-away lands’ with the ‘wounds’ of the civil war still fresh in their hearts and minds.

After the backlash, Raj and DK released a statement that says “Many of our lead cast members and key members of the creative and writing team are Tamilians. We are very cognizant of the sentiments of the Tamil people and Tamil culture and have nothing but the utmost love and respect for our Tamil people. We have put in years of hard work into this show, and we have taken great pains to bring to our audiences a sensitive, balanced and riveting story - much like we did in Season 1 of the show.”

Manoj Bajpayee said, “The team leaders of this show are mostly Tamilians, Raj and DK, Samantha, Priyamani, Suman (writer), who can be a better person than these guys to safeguard the interests of Tamil people. They are the ones who have been in charge of the show and have created it. They've gone to great lengths to demonstrate their appreciation for Tamil culture and sensibility. This is a show that celebrates diversity. It not only tells you a good story, but it also shows how proud the makers are of Tamil culture an

Also read: The wilful misuse of socio-environmental issues to undermine the Hindu faith ..

Throughout the history of world civilizations, the welfare of the entire humanity, particularly the defenseless and downtrodden,  has been one of the central concerns of conscientious social thinkers . In modern times, philosophers, political scientists and statesmen have defined the state as a positive entity created to foster the multi-faceted development of all its living beings. Regrettably, however, most of the states in the Middle East and Africa care little for their citizens in our ...