New Delhi: The month of June in Indian polity reminds us all about the Emergency imposed by the then Prime Minister Indira Gandhi. 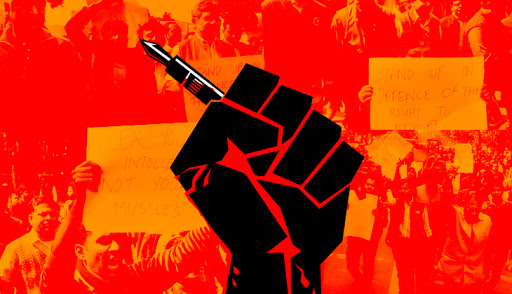 Important advice for a working journalist from today’s era of ‘save democracy’ and ‘hate Namo’ media world remains in the words of Late Nikhil Chakravarty, who once said, “Please do not try to save the world”.

During the peak of anti-Bofors politics in 1988-89, legendary journalist Chakravarty had said, “Our job is to inform. If you can see the world going up in flames, your job is to communicate that there is a fire so that people can call the fire brigade. Our role is not to play the fire brigade”. But in the contemporary setting–each journalist and each media organization think they run the fire brigade companies themselves. And this is driving many journalists and famed editors running websites, etc.

Half the problem vis-à-vis the crisis in confidence and the very credibility of the media is because of this.

I know of senior journalists and self-styled independent commentators who used to hate Shiv Sena, but after Sena dumped BJP and allied with Congress and NCP, his views had changed. One such commentator had appreciated Aditya Thackeray as a young, enterprising, and dynamic thinker. But his opinion is ‘again changing’ quickly as Sena spokesperson Sanjay Raut recently said PM Narendra Modi is a mass-based 'tallest leader' and enjoys more popularity nationally.

The month of June is crucial in India’s history of free speech and democracy as the Prime Minister imposed an Emergency on June 25, 1975, and it curtailed all the liberties. Among many others, journalist Kuldip Nayar was arrested during the period.

Many years later at a function in the Press Club of India, New Delhi, he had said, “Detention during Emergency was a high point in my career....The arrest took me behind bars in Tihar Jail. But it gave me a sense of satisfaction because I think I raised the standard of defiance”. Likes of Nayar and Nikhil Chakravarty were eminent journalists and editors believing in the pro-Leftist ideology. M. V. Kamath, another top journalist, was well known for his right-leaning.

Kamath, who worked for organizations like PTI and ‘Times of India, had also penned critically acclaimed books such as ‘Reporter at Large’ and ‘Narendra Modi–The Architect of a Modern State’.

He called spade a spade. In the book 'Reporter at Large,' he wrote: "There are three main charges against the western news agencies. One, they do not tell the whole truth, two, they deliberately mislead. And three, they do not report news of interest and significance to the developing countries."

More or less, nothing much has changed on the ground for the western media even today. Among the veteran journalists and writers, Khushwant Singh had a unique career, style, mannerism, and he loved to describe himself - “not a nice man to know”.

Few know that Khushwant Singh had backed ‘emergency’, and when the Janata Party came to power, he also became the Editor of the Congress-run ‘National Herald’. However, he did not draw a salary and, a few months later, he quit.

In his own words in the late eighties, Khushwant Singh said: “..... I could not go on. The paper did not publish, and it was pointless editing something which did not appear”. But the story is, he had joined ‘National Herald’ at the personal request of Indira Gandhi.

Khushwant was certainly not the run-of-the-mill kind of personality in more ways than one. I had interviewed Khushwant Singh for the PTI Golden Jubilee of Souvenir in 1998 wherein he had said, “The Sahitya Akademi should be abolished”.

"The fact of the matter is that it is the survival of the fittest. That is why I oppose any sort of patronage. The Sahitya Akademi serves nothing purposeful other than ‘thoda paisa de diya..udhar award de diya’...The Sahitya Akademi should be abolished. Those writers who do not find publishers let them die. Let us not publish anything just for the sake of it. That is why some publishing houses have come up that charge writers themselves to publish their materials. Maybe even they consider the stuff bad to be marketed," Khushwant Singh had said.

In another context, he said once: “Political journalism lacks deeper studies and analyses. Of all the writings on Punjab, I have yet to see someone analyze the phenomenon of Bhindranwale. My interest is to look at why, and how such a man had developed acceptance for him among the Punjab masses.”

In Indian journalism, none can deny the path-breaking success of Khushwant Singh's ‘The Illustrated weekly’. “I made it controversial, I gave it a distinct slant of my own, and then there was my surprisingly successful column.

And the real reason for the Weekly’s increase was telling Indians about their own country. We did a series on different communities and a whole series on India that you do not know and an extensive write-up on birds, trees, and animals”. (The Telegraph, weekend piece, Oct 23, 1988).

Khushwant Singh also holds the distinction of being invited by the Kolkata-based 'Anand Bazar' newspaper group to launch a new English daily. He had declined to believe such a paper would not do well. However, much junior to him, M J Akbar took up the responsibility and launched ‘The Telegraph’.

In January 2009, reviewing a book by Rafiq Zakaria, M. V. Kamath had written: “Consider this. Whether Mir Baqi destroyed the Ram temple in Ayodhya or not, there is plenty of evidence that he did. If only the Muslim community had graciously conceded to the Hindus the entire site without making such a song and dance about it, the Hindu-Muslim friendship would have blossomed to the skies, and Hindus would have remained ever grateful.” (Free Press Journal).

In retrospect about Emergency, there is an interesting anecdote vis-à-vis Kamath’s ‘support’ to Indira Gandhi initially. But subsequently, he backed out.

Finally, the differences between him and Indira Gandhi had a permanent break. Actually, after supporting Emergency, Kamath had shot off a 40-point lengthy letter flaying Indira’s decision. PM’s press advisor, B Y Sharda Prasad, had reportedly assured them that the Prime Minister would get back to him. But she never did that.

The 15th Edition of Indo-Nepal Joint Training Exercise, SURYA KIRAN XV culminated on October 2, 2021 after 14 days of rigorous training. The exercise was focused on Counter Terrorism and Disaster Relief operations.    INDIA AND US TO SET-UP JOINT WORKING GROUP IN DEFENCE INDUSTRIAL SECURITY The Industrial Security Agreement (ISA) summit between India and the US was held from September 27 to October 1, 2021 at New Delhi. The summit was organised to develop protocol for the ...