Mumbai: Former Mumbai Police Commissioner Param Bir Singh on Monday sought more time from the Enforcement Directorate (ED) to appear before it ahead of his summons citing health reasons. 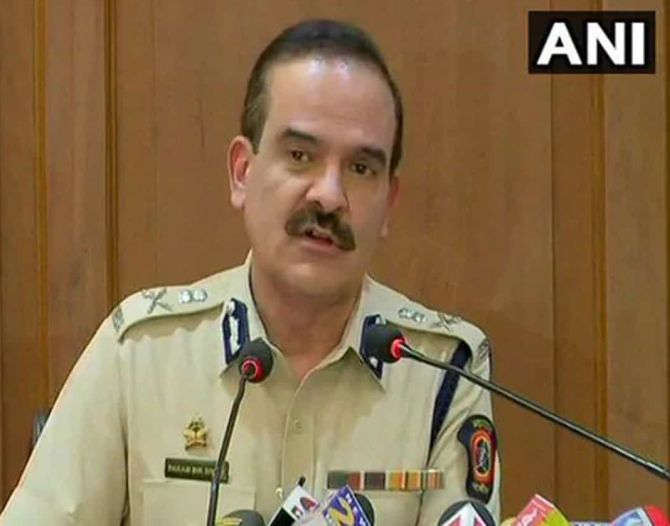 According to ED, Param Bir Singh has cited health reasons for skipping ED summons, saying that he is unwell and is scheduled to undergo surgery.

The ED had summoned the former Mumbai Police Commissioner to record a statement in connection with the Rs 100 crore money laundering case against ex-Maharashtra Home Minister Anil Deshmukh.

Waze was arrested in March in connection with the National Investigation Agency's (NIA) probe into the case of recovery of an explosives-laden SUV near Mukesh Ambani's house in Mumbai and the subsequent murder of Thane businessman Mansukh Hiran.

The case against the former Home Minister was registered on May 11. Earlier in April, the CBI had conducted raids at four premises of Deshmukh after registering an FIR against him in connection with the case.

An FIR was filed based on Section 7 of the Prevention of Corruption Act (Public servant taking gratification other than legal remuneration in respect of an official act) and criminal conspiracy (IPC 120 B).

During the searches, the CBI recovered incriminating documents and digital devices, sources confirmed.

Also read: Khalistanis assaulted Vishal Jood in Australia, He Was Not Deported, Tells His Lawyer ..

Dr Jaishankar had a wide-ranging discussion with Speaker of Knesset of Israel, MK Mickey Levy, Chairman of Foreign Affairs and Defense Committee Ram Ben Barak and had an important meeting with Israel's Alternate Prime Minister and Minister of Foreign Affairs, Yair Lapid. New Delhi: External Affairs Minister Dr S Jaishankar, who is on a strategically important visit to Israel on Tuesday (October 19), said he was much impressed with the "chemistry between Indian and Isra ...